89-year-old dies after being shoved to ground in NY subway; family seeking justice 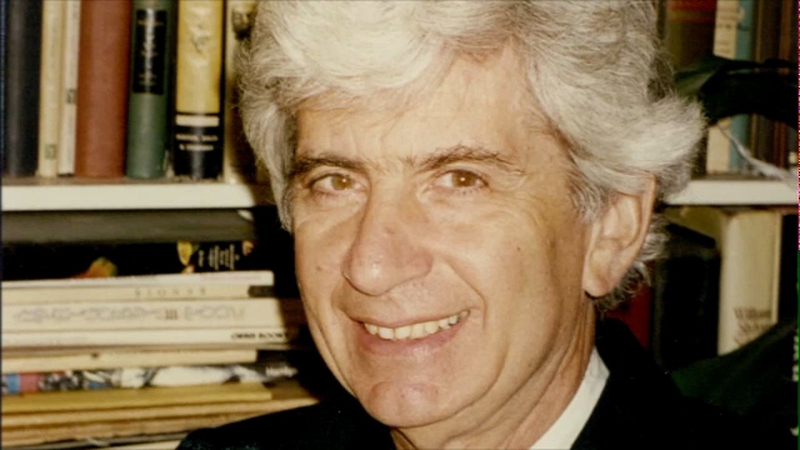 MIDTOWN, Manhattan -- The wife of a psychologist and scholar who died after being pushed to the ground in a New York subway station wants the man who pushed her husband to come forward.

Kurt Salzinger was 89 years old, and he filled those years with family, friends, and thirst for knowledge so endless, that he wrote more than a dozen books filled with what he learned.

"I adored him," his wife, Deanna Chitayat, said. "He was the love of my life."

Salzinger was a native of Austria, who fled the country as the Nazis took over. As one of his neighbors described it, "He survived the Nazis, but he didn't survive going to Macy's."

Salzinger and his wife took the 3 Train to Macy's on Oct. 30.

As they got off the train, a man came running toward them. He was trying to catch the train they were leaving.

In the rush, the unidentified man pushed Salzinger to the ground.

Chitayat saw the blood and saw that her husband was not moving.

"I kept screaming, 'Oh my God, Kurt, Kurt!" she said.
The man who knocked Salzinger over paused for just a moment. He looked down and saw Salzinger bleeding and motionless on the platform; that man then got on the train and left.

"I got up and I saw the people on the train just looking at us with this horror -- (gasps in shock) -- like that," Chitayat recalled. "And the train took off."

"(He is) a victim of the world speeding up and getting more and more callous," Salzinger's stepdaughter said.

"What I want is for him to feel guilty that he took someone else's life," Chitayat said about the man who shoved her husband to the ground. "He caused the death of a wonderful, wonderful man."

Police have not been able to find the man who knocked him over.