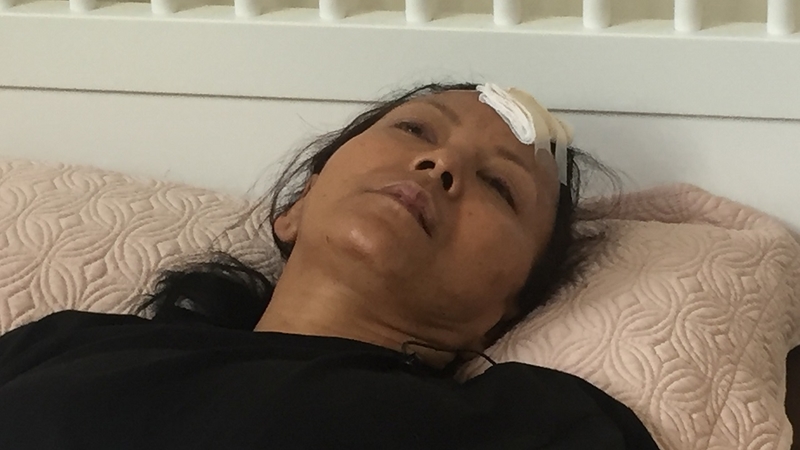 EAST VILLAGE, Manhattan -- A woman who was pushed onto the subway tracks by an unknown assailant is speaking out about the horrific ordeal that plays into many New Yorkers' worst fears, all while police continue to search for the suspect.

Kamala Shrestha was waiting for the F train on the northbound platform at Second Avenue and Houston Street in the East Village when a man she claims she had never seen or talked to before walked up behind her and pushed her onto the tracks, whispering in her ear, "Maybe we'll die together."

Luckily, no trains were at the station or were approaching at the time. Still, she needed 16 stitches to close a gash in her head and has trouble standing due to dizziness.

"He just saw me, and he was so angry," she said. "He wanted to just throw, he wanted to kill me. I've never seen him before.

There were many witnesses, and some good Samaritans came to her aid.

Police said the suspect then calmly walked out of the station in an unknown direction.

No arrest has been made, and authorities don't have much of a description of the suspect. But they say they are canvassing for cameras that might have an image of him.