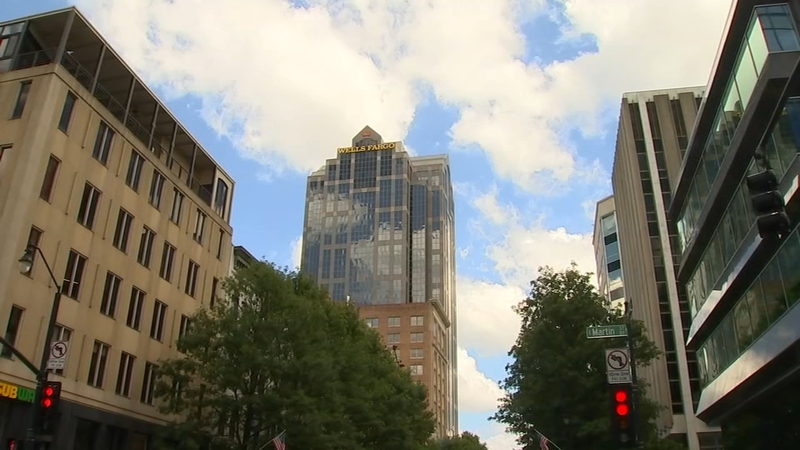 RALEIGH (WTVD) -- As search and rescue crews comb through the rubble of a 12-story condo that collapsed in south Florida last week, structural engineers and inspectors in Raleigh are reviewing safety measures in place to prevent such a tragedy from happening in central North Carolina.

In his role as Raleigh's Deputy Dir. over Planning and Development Services, Tom Hosey is part of the team in charge of all vertical construction you see going up inside the city limits.

Hosey has been watching the developments out of Surfside, Florida where overnight last Thursday, the Champlain Towers South condominium collapsed; 10 people are dead with 151 still unaccounted for.

What we know about those missing, killed

"It's a tragedy," he said. "And hopefully, the only good -- if anything -- that can come out of this is when we have a tragedy in the built environment like this, it tends to change building codes and how we build and always for the better."

Right now, Hosey said he and his team are tracking 35 high rises that are either under construction or in the pipeline to be built in the capital city.

While he did not want to speculate on what might have caused the Surfside condo tower to collapse, Hosey said the event has prompted conversations within his office and others like it across the country about whether to implement structural reviews for older buildings, something he said is not a current requirement in North Carolina.

"It is something we're looking at if we should perhaps have some sort of structural review," he said. "We're lucky in Raleigh compared to Florida. We don't have the hard marine environment; our soil conditions, although they're red clay primarily which is expansive, still not a great condition, it's a little bit easier to mitigate when you're building initially."

In 2015, when he came to Raleigh from the west coast, which has much more rigorous building codes due to the prevalence of earthquakes, Hosey instituted two new requirements for major and unique high rise developments in the City of Oaks.

A Major Projects team with an inspector from each of the disciplines -- building, plumbing, mechanical, and electrical -- who specialize in high rise construction and have additional training and experience, now inspect those larger projects throughout the city.

For projects that have unusual elements such as reutilized existing elements, Hosey also requires an additional third party structural review.

"Everybody's honest, but everybody can make a mistake and that's the point of a third party structural review," he said.

Investigators are still searching for the cause of that partial collapse of the high rise in south Florida.

Tom Caldwell, founder of Atlas Engineering, has two structural engineering colleagues deploying to the site to help with the search and rescue effort.

"It's a careful balance of taking calculated risks versus not adding to the tragedy," said Caldwell, who has also deployed with FEMA on similar missions.

Caldwell said collapses like the one in Surfside, which happened outside of an external overload event such as a hurricane, are few and far between.

"Here in the United States, we have a strong system of building codes and inspections and those have served us well," he said. "This is shock because it is such an outlier."