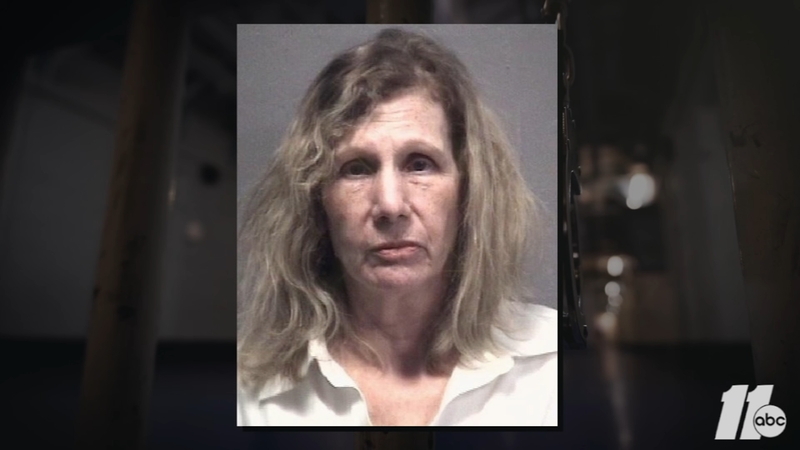 WILMINGTON, N.C. (WTVD) -- A North Carolina woman is accused of trying to poison her husband and stepson by putting a chemical cocktail in their sweet tea, and investigators said the whole thing was caught on camera.

Wilmington Police Department said Susan Fenyves McNair, 72, was arrested Tuesday for attempting to poison her husband and stepson by putting paint primer, among other chemicals, in their drinks July 28, causing them to fall seriously ill.

McNair was charged with two counts of first-degree attempted murder and two counts of contaminating food/drink with a controlled substance.

A police spokeswoman told ABC-affiliate WWAY, the soon-to-be ex-husband and stepson set up a hidden camera in the house after the stepson had been sick for a couple of days. The husband took a sip of his drink and began to feel his mouth burn. The camera allegedly caught the woman pouring toxic chemicals, Lysol, Resolve Carpet Cleaner and paint primer in a sweet tea bottle.

Prosecutors said what McNair did was the definition of premeditated and deliberate and told the judge that they believed she was a danger to the community.

"You don't even know if I did it yet," McNair responded.

McNair was originally being held on an $800,000 secure bond, but the judge decided instead to give McNair a $300,000 secured bond, WWAY reports.