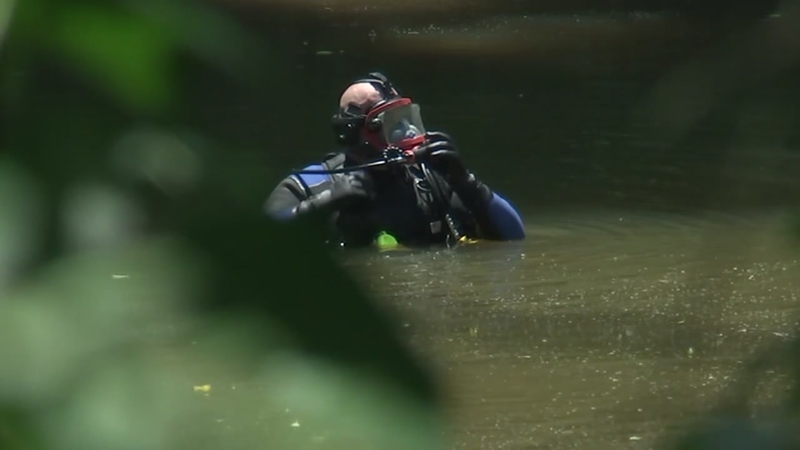 LOUISBURG, N.C. (WTVD) -- Rescue crews have recovered the body of a man who went missing after swimming in the Tar River on Friday.

Police have not named the victim, but the man's brother told ABC11 that the man is 40-year-old Otavious "Smokey" Yarborough.

Divers recovered his body Friday afternoon, not far from where he was last seen swimming.

Divers have recovered the body of Smokey Yarborough not far from where he was last seen swimming in the Tar River according to Louisburg police. #ABC11 pic.twitter.com/RuCMftyUqA

Four people went swimming, and it appears one went under and did not emerge, Abbott told ABC11.

A dive rescue team showed up quickly but couldn't find Yarborough. They searched for about 90 minutes.

Divers are in the Tar River in Louisburg trying to recover the body of Octavious “Smokey” Yarborough. His brother says Smokey, 40, was the youngest of four siblings. Police say he was swimming with 3 friends at River Bend Park when he went under and never came up. #ABC11 pic.twitter.com/FMwzwt6i32

Dozens of family members and friends came to the park Friday afternoon to hope for the best and brace for the worst.

"He was a fun guy, loving guy, down to earth, everybody's friend, never met a stranger," said Eddie Yarborough, the victim's brother. "When he was working he was a hard worker. But he played hard as well."

Eddie Yarborough said his brother could swim but he was surprised that Otavious was swimming in this spot where the current can be swift.