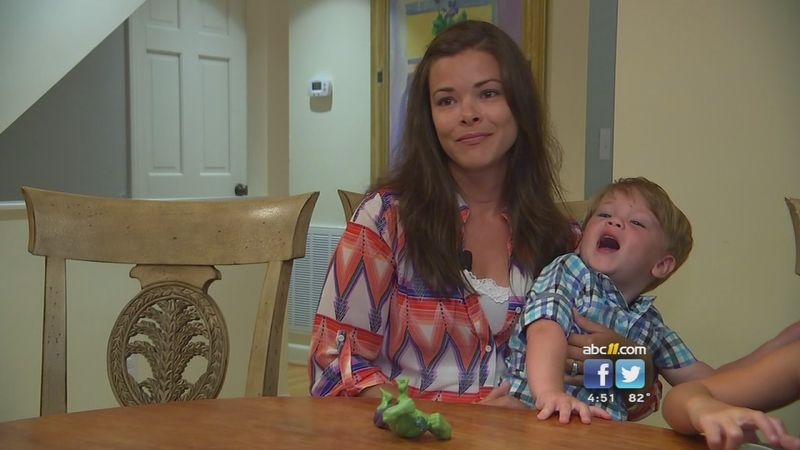 Mom rewarded for taking toddler out of restaurant

MOREHEAD CITY, N.C. -- Almost everyone has been at a restaurant, enjoying a nice meal, when a child starts screaming at a nearby table.

This has also probably happened to all the parents who take their kids for a dinner out.

It recently happened to a Raleigh mom vacationing with her family on the coast, and she says she'll never forget how her fellow patrons handled it.

Her hands were full as her 2-year-old boy Ian hit his stride.

"He's certainly our most hard-headed of the group," Melissa said.

The family was at Sammy's Seafood House in Morehead City and Melissa was very aware of how much noise her son was making.

"It is quite frustrating if you're eating a nice meal and trying to enjoy your vacation and there's a screaming child right next to you," Melissa explained.

And that's exactly what happened. Right before the flounder and the crab cakes, Ian had a full-blown temper tantrum.

Ian finally calmed down and Melissa brought him back inside to eat. But he wasn't finished.

"He let it rip. He was really loud, screaming."

Ian's dad took him outside this time and Melissa asked for the check. She was shocked by what the waiter said.

"He said that our check had been taken care of by another patron at the restaurant," Melissa said. "I said, 'What? You're kidding! Why would they do that?' He said they just so admired how we handled the situation. [We] got him out of the restaurant and not having to put the other people in the restaurant through a tantrum...and I'm sure they also felt sorry for us."

ABC11 called Sammy's on Thursday and the employee we talked to said she was there during the tantrum and remembers Melissa and her children. The employee said the man who paid their $86 bill really did feel sorry for them.