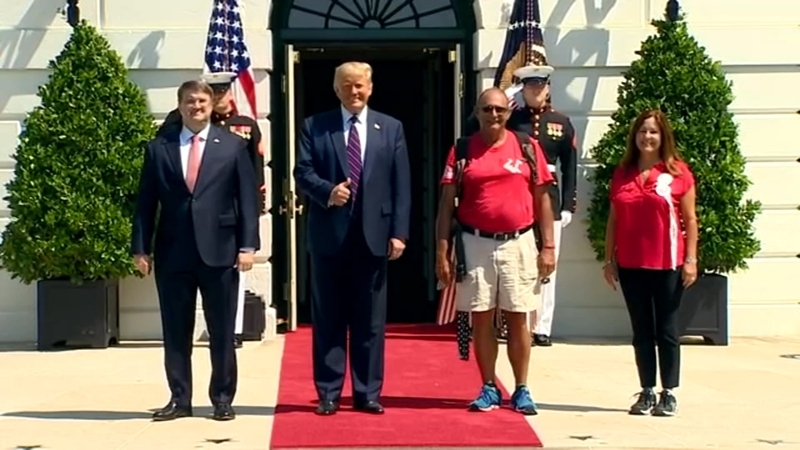 WASHINGTON (WTVD) -- Terry Sharpe received a special salute at the end of his 300-mile walk from North Carolina to the nation's capital.

The 69-year-old resident of the town of Summerfield, northwest of Greensboro, was welcomed at the White House by President Trump.

Sharpe is a Marine veteran who makes the annual walk to Washington to raise awareness about the high rate of suicide among military veterans.

The final stop on his journey took Sharpe to the South Lawn of the White House, where he was greeted by Trump, Veterans Affairs Secretary Robert Wilkie and the U.S. Marine Band.

In 2017, the suicide rate for veterans was 1.5 times higher than the rate for non-veterans, according to the 2019 National Veteran Suicide Prevention Annual Report.