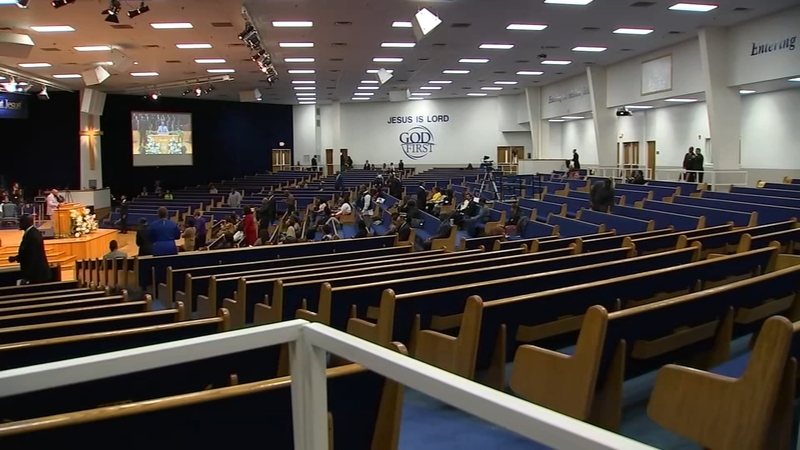 CLAYTON, N.C. (WTVD) -- Bishop Patrick Wooden could only think one thing when he saw the news out of a church in Texas this holiday week, the news that a congregant killed an armed gunman.

"Had that man not been there, 22 people, 32 people, 100 people could have been senselessly murdered," said Wooden, who has presided over the Upper Room Church of God in Christ since 1987.

He put in security measures in 1995 that he said some people thought were an overreach back then.

But he continues to enhance those measures to this day: from armed security guards to cameras to lighting, especially after this weekend's incident.

"It is our prayer that that never becomes necessary but if so even with what happened in Texas, isn't it good that there was a good guy there who knew what to do?" Bishop Wooden said. "You don't see people walking around with guns, there's nobody bullying anybody -- in fact, you may be around someone who's part of security but never know it."

Clayton Police Chief Blair Myhand said his department is always willing to talk with churches and synagogues about what they can do.

"As law enforcement, we do that all the time: what am I going to do if this happens? Having plans in place is never a bad idea," he said

He stresses though that it's important for his officers to know what they're running into when the time comes.

"We want to know when we arrive on the scene, when the 911 call goes out and we get there, we need to quickly be able to identify to the extent that we can who's a good person and who's a bad person," Chief Myhand said. "I've known an instance in the past where a good person was taking action and in the confusion of everything, that person ends up getting shot and killed."