'Strange and unexplained' noises heard at Raleigh's Theatre in the Park 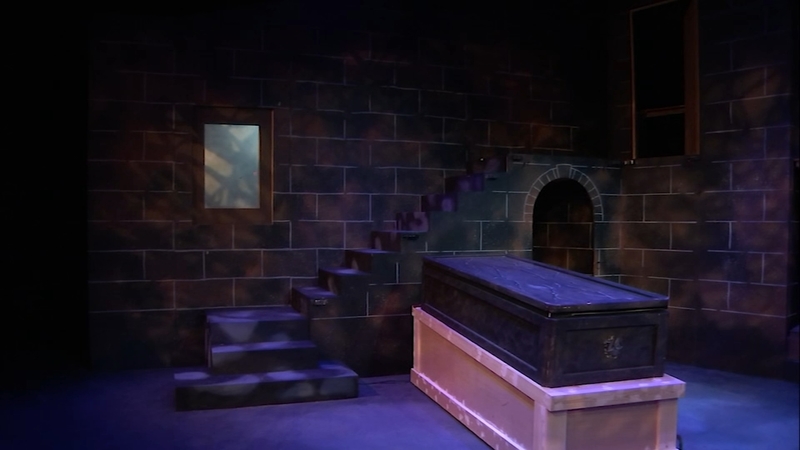 RALEIGH (WTVD) -- At center stage sits a ghost light. It's left on when the theatre is not in use--part as a safety precaution, part as a way to tell lingering theater spirits they are loved and remembered.

"We're leaving them the light to gather around," said Ira David Wood III with Theatre in the Park.

The theatre is at Pullen Park in Raleigh. Prior to becoming a theatre, the former armory sat vacant.

It's rumored that the space is haunted.

The Ghost Guild did a paranormal investigation in March of 2017.

Nelson Nauss with the Ghost Guild told ABC11 that on the stage, the theatre was silent. No paranormal activity was happening.

His crew left their camera rolling while they stepped out into the lobby for a break.

That's when the loud noises began.

"The sounds got louder and louder and went on for about 20 minutes. We convinced ourselves that someone had broken in because the sounds were so loud."

The crew returned to the stage and found nothing. The only way they could recreate the noise was to walk up the stairs - but that night, the stairs were pushed in.

"We have a young boy that inhabits this space," said David Ira Wood III. "We've seen him"

The cast and crew have seen the little boy in the front of the building and in front of stairwells.

But that's not all, there have been reports of strange and unexplained noises and wind that blows through, despite the building being sealed.

"There's no way a breeze could have blown through."