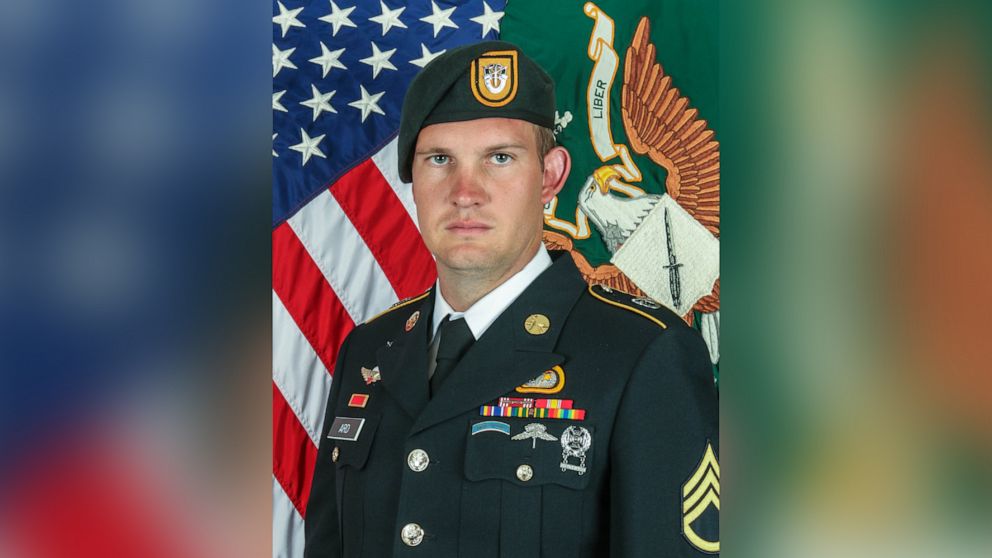 The Pentagon on Saturday identified the Army Green Beret killed this week during combat operations in Afghanistan.

Sgt. 1st Class Dustin B. Ard, 31, of Idaho Falls, Idaho, died Thursday during combat operations in Zabul Province, becoming the third American service member killed in the country in just over a week.

Ard was assigned to the 2nd Battalion, 1st Special Forces Group (Airborne) based at Joint Base Lewis-McChord, Washington state, as a Special Forces Communications Sergeant.

He was on his second deployment to Afghanistan and had also participated in multiple training exercises in Indonesia.

There have now been 18 U.S. service members killed in Afghanistan this year, 15 of them in combat-related incidents -- the highest number recorded by the Defense Department since 2014.

On Thursday, President Donald Trump told Fox News Radio that the U.S. would draw down to 8,600 troops in Afghanistan, down from the current number of about 14,000. The Taliban publicly rejected that idea.

However, peace talks between the U.S. and Taliban continue in Doha, Qatar.

Born on October 4, 1987, Ard enlisted in the Army in Hyde Park, Utah, in 2011, as a Special Forces candidate through the 18X program. He was assigned to Fort Bragg, North Carolina, and attended Special Forces Assessment and Selection.

He graduated from the Special Forces Qualification Course in 2015.