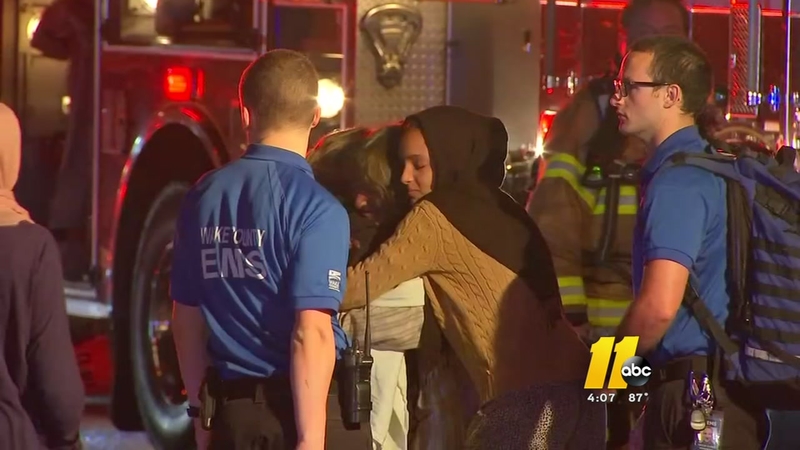 WAKE COUNTY (WTVD) -- Four people were in a Wake County home when a fire broke out early Monday morning.

It happened around 12:30 a.m. on Irelan Drive near Singleton Street.

Firefighters return to the scene of a house fire on Irelan Dr. near Singleton Street in Wake Co after hot spot flares up. #ABC11 pic.twitter.com/2czkxOo2zs

Firefighters rescued two people in the home and two others escaped on their own, said Chief Garland Johnston, of Western Wake Fire Rescue.

One of the couple's sons, Mark Lewardowski, 42, was also taken to the burn center in Chapel Hill.

Another son, John Lewardowski, 43, was taken to WakeMed.

There were heavy flames when rescuers got to the home, Chief Johnston said.

The fire severely damaged the home. About 6:30 a.m., firefighters had to return to the scene after a hot spot flared up.

Sanaa Dali and her family live next door.

"It was horrific," Dali said. "There were flames everywhere. It was slowly consuming the entire house."

Despite the risk she took, Dali said she's happy she was able to help.

The Red Cross is helping the displaced family.

The cause of the blaze is under investigation.