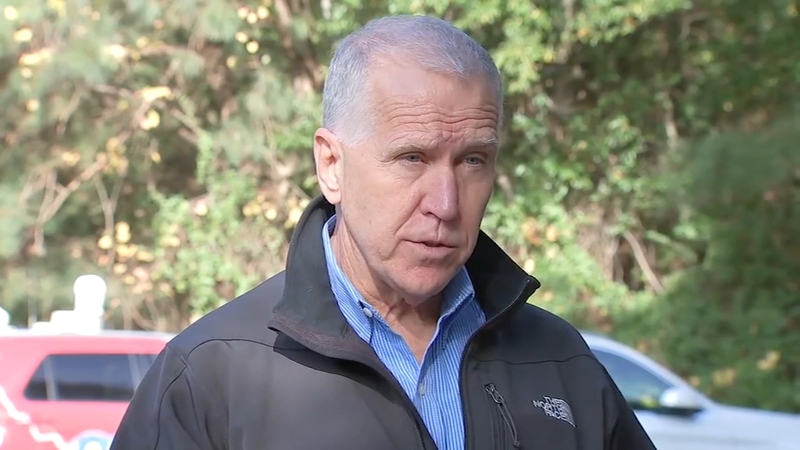 "We were holding up a little bit to hear from my opponent, but we decided we wanted to come over here and talk to you all, because what we accomplished tonight was a stunning victory," Tillis told the crowd.

Tillis has been a staunch ally of President Donald Trump but was criticized by opponents for voting to repeal the 2010 health care overhaul.

Cal Cunningham has stressed his service in the Iraq War and as a U.S. Army reserve officer and military prosecutor. But in the final weeks of the campaign, he admitted that he had sent sexually suggestive texts to a married woman who was not his wife.

Election Day comes after the state has seen record early voting by mail and in person.

Nearly 62% of the state's more than 7.3 million registered voters had cast their ballots by Monday.