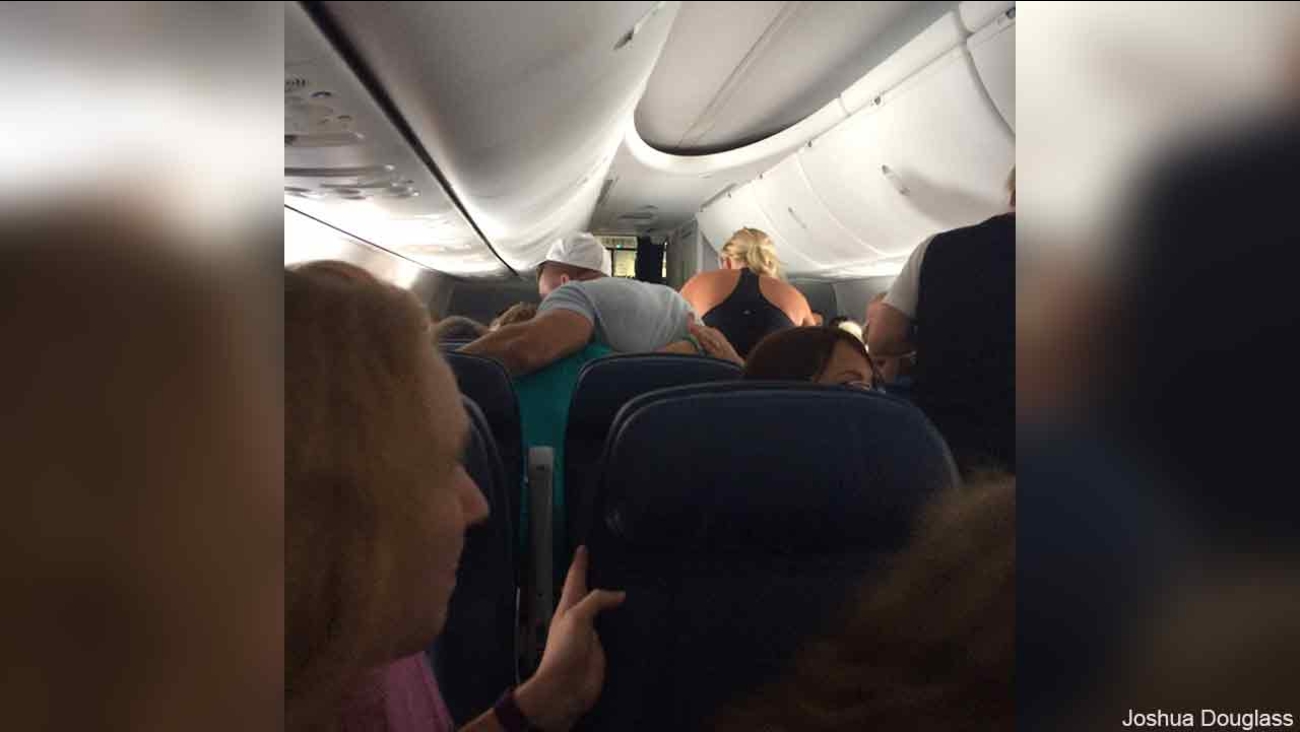 Former NFL quarterback Tim Tebow is seen praying with a family on a flight. (Joshua Douglass)

PHOENIX -- Former NFL quarterback Tim Tebow was captured on camera trying to comfort and pray with the family of a man suffering from an apparent heart attack on a flight.

The plane was heading from Atlanta to Phoenix over the weekend when the man started having a heart attack. Several passengers and crew tried to help him.

Tebow walked over to the unconscious man and his family, then led a group of passengers in prayer, according to passenger Richard Gotti.

Medical workers met the flight at the gate when it landed. The man survived.

Tebow used a car that had been waiting for him to transport the man's family to a nearby hospital.

Delta Air Lines confirmed that the incident occurred but said that because of privacy rules, it could not confirm Tebow's involvement.