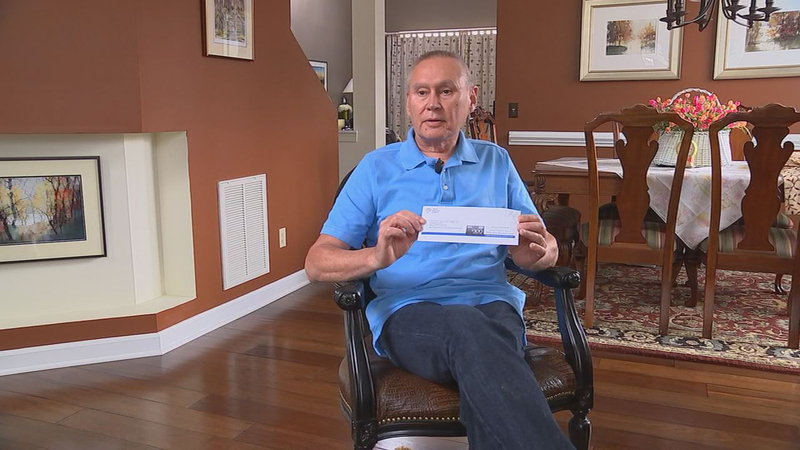 RALEIGH (WTVD) -- When you are offered a promotion, you expect to get the deal. This didn't happen for one local man, so he got in touch with me.

After 15 years with satellite TV, Alex Dydula says he wanted to make the switch to Time Warner Cable, so he called the company.

"You qualify for a $300 Visa card, all you have to do is wait for the redemption code to come in the mail," Alex said he was told by a rep.

Alex says he followed the instructions that the rep gave him in order to get the $300.00 Visa card.

"We waited for the redemption code, it never came," Alex said.

With no redemption code, Alex went online and did an online chat with a TWC rep and through the chat was informed how to register for the reward. Alex also called Visa.

"'Yeah you qualify, you should get this. I'll take care of it for you,'" he said.

"Only to get a call back from the Visa rewards folks to say 'you don't qualify. You don't have the right package, the wrong codes are in the system. I don't care, I can't do anything,'" he said he was told by a rep who handles the reward program.

Unhappy, Alex got in touch with me. A rep for TWC reached out to Alex and told him he didn't have the package to qualify for the rewards card, but following through with what the sales rep told Alex, TWC offered a $300 credit to his TWC account.

"We finally accepted that and let's move on so we did get a $300 credit thanks to you, we thank you for that," Alex said.

Ironically, Alex is still getting offers from TWC, including the $300 Visa gift card deal.

The best advice is to always make sure you ask several questions and read the small print when it comes to these special deals. There are certain parameters that typically must be met to qualify. Even if you're offered the deal, get it in writing, even if you ask them to send you email confirmation.