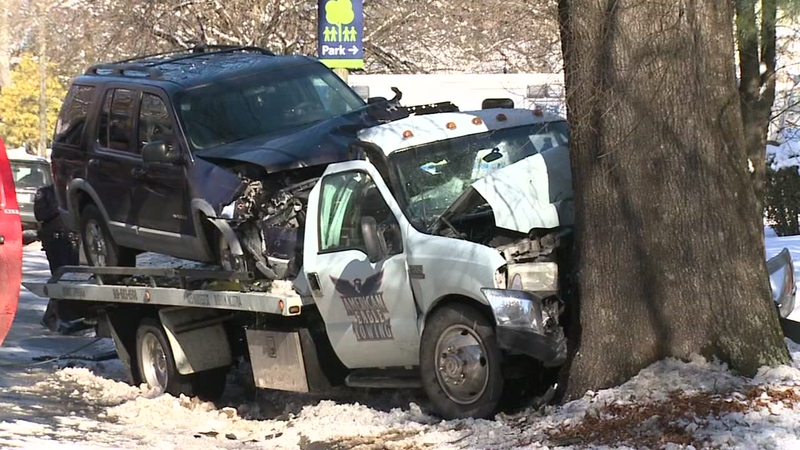 The crash happened shortly after 10 a.m. when a rollback wrecker driven by Danny Ray Mangum, 57, of Durham ran off the left side of the road and hit a tree.

Mangum was pronounced dead at the scene.

The roadway was free of ice and snow when the accident happened, according to investigators.

Investigators are looking into the possibility that a medical issue may have caused the crash.

The wrecker truck was owned by American Eagle Towing of Durham.