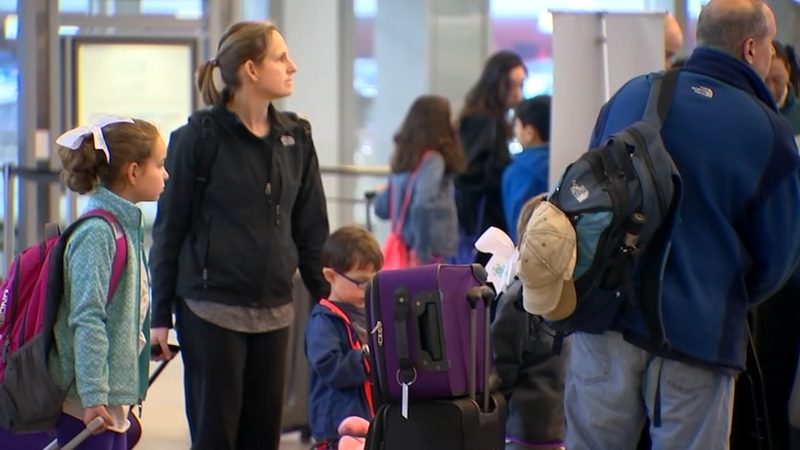 RALEIGH (WTVD) -- After the holidays, comes the traveling.

More Americans than ever recorded are reported to be traveling this holiday season from Saturday, Dec. 21st through Wednesday, January, 1, according to the American Automobile Association.

With an estimated 115.6 million travelers expected through the weekend, AAA said people should expect delays on roadways and in airports. However, the travel rush didn't hit Raleigh particularly hard on Thursday.

"I was excited," said passenger Virginia Matthews. "I thought it would be terrible, but it's not, so we're happy."

Still, the holiday travel season isn't expected to slow down until January 5.

"Holiday cheer is at an all-time high this year, with unemployment at historically low levels, and noted improvements in both disposable income and household net worth," said Paula Twidale, vice president of AAA Travel. "Travelers should be getting used to crowded highways and airports, as this marks the eighth straight year of new record-high travel volumes for the year-end holidays."