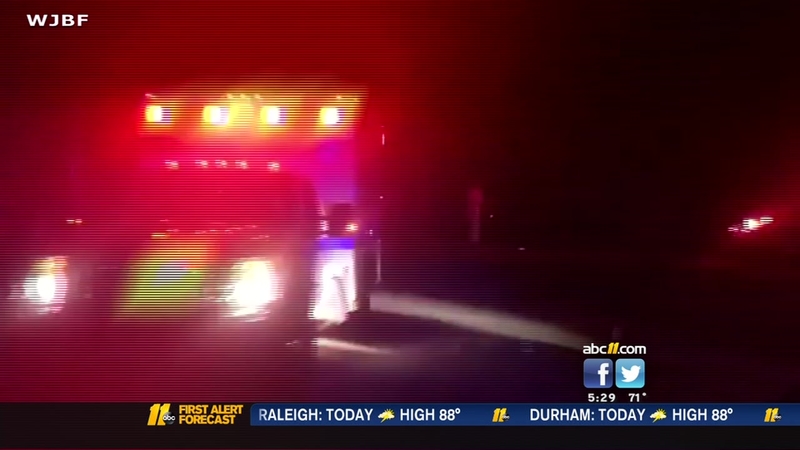 At least one person injured in South Carolina prison riot

TRENTON, South Carolina (WTVD) -- Six correctional officers have been rescued after an attempted confiscation of an inmate's cellphone prompted a fight at a South Carolina prison, authorities said Thursday.

The six officers barricaded themselves inside a bathroom at the prison until help arrived, Corrections Director Bryan Stirling told The Associated Press.

Two officers were treated for non-life-threatening injuries. The prison has been secured, and no inmates were injured, Sharpe said. Several fires that had been set were extinguished, and Sharpe said that there was no public safety threat.

The issue of prison cell phones - smuggled by visitors, thrown over fences and even delivered by drone - is a dire security concern for state corrections officials. For years, agency officials including Stirling have spoken out about the dangers posed by inmates' unfettered access to phones behind bars, including the ability to plot violence against officers or continue to carry on criminal efforts in the outside world.

For years, the state has asked the Federal Communications Commission for permission to jam cell signals at its prisons, rendering useless any cell phones possessed by inmates. That move has been opposed by the cell phone industry, out of concern it could lead to wider gaps in their networks.

The proposal hasn't been approved, although FCC officials including Chairman Ajit Pai have said they're sympathetic to the concern.