'No mother is supposed to bury their child:' Triangle woman reacts to triple murder 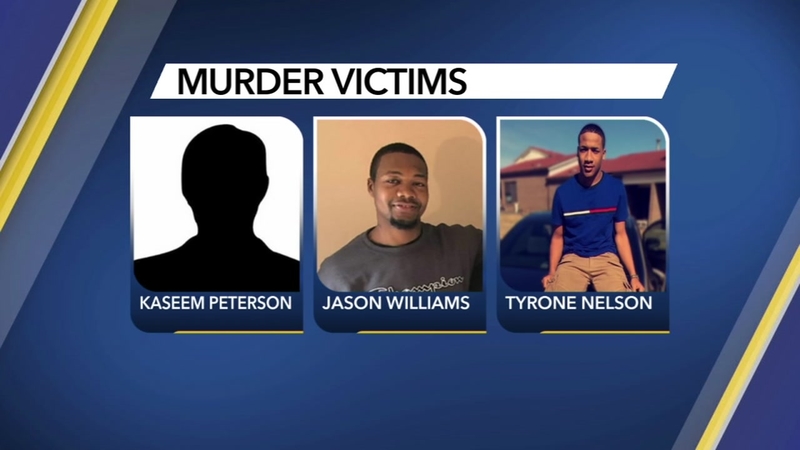 BURLINGTON, N.C. (WTVD) -- Burlington Police are still trying to determine the motive behind a shooting that killed three young men.

Tyrone Nelson is one of the victims. The 18-year-old grew up in Person County.

His family says he was not in a gang, and he did not sell drugs. His mother, Keisha Thorpe, wants to know why he was killed.

"He was so happy. He always so full of life," Thorpe said. "No mother is supposed to bury their child."

Tyrone Nelson's mother and sisters are forced to accept that the 18-year-old is never coming back.

"It's a lot of pain. It's unbelievable," stated Jakhiyah Dunston, Tyrone's youngest sister.

On Sunday, Tyrone was shot and killed along with his cousin, Jason Williams and their friend Kaseem Peterson.

According to Tyrone's family, the young men were visiting with Williams' girlfriend in Burlington, just before the shooting.

Caller: Please! Oh my God. Get someone to my f*cking house!

Operator: They are on the way as quick as they can.

Caller: My boyfriend is dead! Somebody help me. Help me!.

"Sometimes you can just keep the wrong company," said Thorpe.

Thorpe says Parker should not have been out of prison.

Last year, Parker was released from prison on robbery and assault convictions.

Before that, he served nearly eight years for a 2007 second-degree murder in the shooting death of 19-year-old Kordero Odom in Durham.

Two other suspects were charged in that crime.

"I feel like they failed my baby," stated Thorpe.

And now this tragedy has lasting effects.

This Nelson's older sister Zikeyona Thorpe has mixed feelings about the suspect.

Police are still trying to determine why these three young men were murdered.

Tyrone's family will lay him to rest on Sunday at New St. James Baptist Church in Person County.