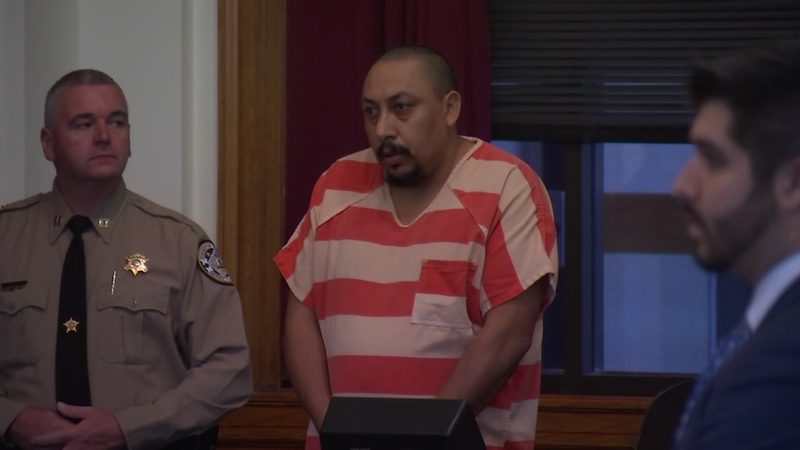 "In fact, it's unusual for us to have more than two or three murders in an entire year," Bizzell said.

Now one man is accused of committing three murders in a matter of seconds.

On Wednesday, that man, Armando Martinez, 40, faced a judge for the first time in a Johnston County courtroom.

And the judge informed Martinez that he could lose his life as well.

"The charge of murder, if proceeded upon capitally and if you're convicted, would result in a maximum punishment of death by lethal injection," said Johnston County District Court Judge Henry Willis.

Martinez also faces one count of attempted murder stemming from the shooting spree at a brick ranch home in the Meadow community between Benson and Dunn.

The survivor Jose Aguilar, 30, was taken to WakeMed where investigators said Tuesday he was in serious condition.

The three killed have been identified as Pamela Ramos, 27, Jessica Aguilar, 27, and Ledis Lopez, 36.

Investigators say the shooting happened during an argument and all the victims were either Martinez's close friends or family members.

During his hearing, Martinez answered 'yes' when the judge asked if he could hear and understand him.

He was told he would be given a court-appointed attorney from the state Capital Defender's office but not bond.

"The state would be opposed to any bond at this time," prosecutor Keith Gordon told the judge.

He then told Martinez he would return to court on December 6 for a probable cause hearing.