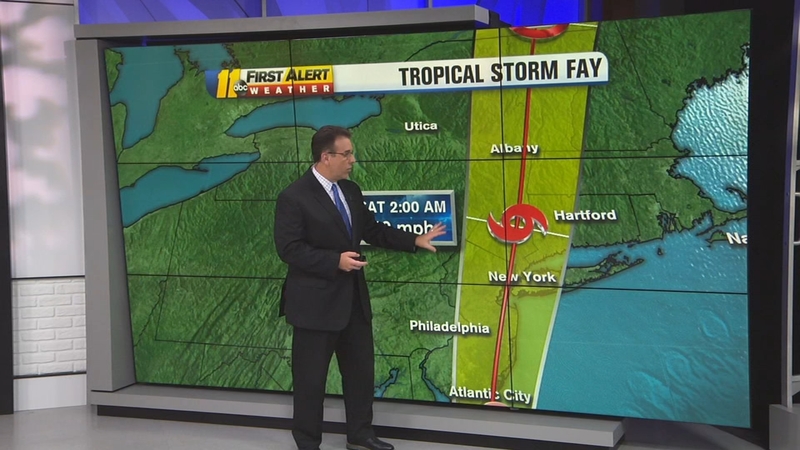 RALEIGH (WTVD) -- The tropical storm that formed off the North Carolina coast is moving away from the Tar Heel state and eyeing some big cities in the Northeast.

Tropical Storm Fay has winds of 50 mph and is moving north at 10 mph.

As it moves north, it will no longer affect North Carolina. However, Fay will bring heavy rain to several major cities in the Northeast--such as Atlantic City, Philadelphia, and New York.

A Flash Flood Watch is already in effect for New York City and several parts of New Jersey.

The National Hurricane Center said Fay is expected to produce 3 to 5 inches of rain along and near the track of Fay across the mid-Atlantic states into southeast New York and southern New England. These rains may result in flash flooding where the heaviest amounts occur.

Back in North Carolina, the weekend is going to be hot and humid.