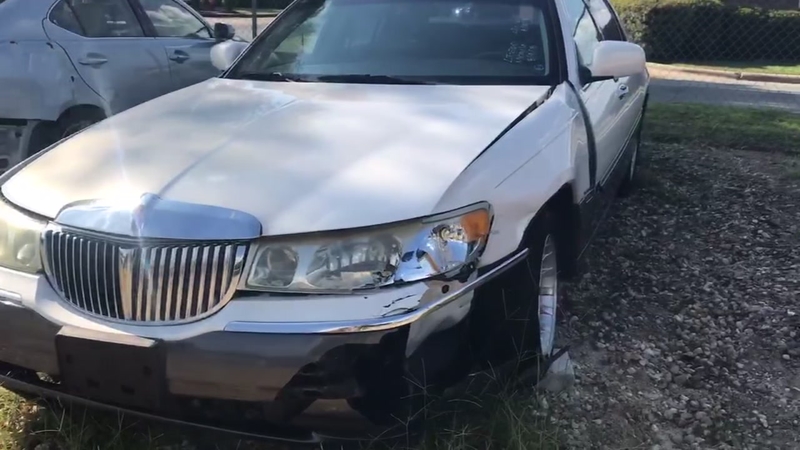 Troubleshooter gets results for Fayetteville soldier involved in insurance runaround

FAYETTEVILLE, N.C. (WTVD) -- Car accidents are frustrating on their own, and it became even more frustrating for one Fayetteville driver after he was denied coverage from an insurance company.

Claude Nicholas is a soldier in Fayetteville who got into a car accident just outside his neighborhood. He said another driver ran right into his vehicle.

"He came down the yellow lane and just smacked me on my left side," Claude said.

At the scene of the accident, police investigated the incident and according to the police report, found the other driver at fault, issuing them a ticket.

Claude said after the accident he contacted the other driver's insurance company, Geico, right away. After Geico investigated, Claude said they agreed to cover the medical expenses, but not the damage to his vehicle. They claimed that Claude was partially at fault for the accident.

"By the information on Google Maps I was at fault because I had a stop sign, "Claude said, "I was like I waited at the stop sign and I was clear to go."

Claude said they told him, "If you're at one percent fault for the accident you are reliable for your own damages."

He said he saw a problem with Geico's stance. "I was like well if he got cited for the accident why would I be at any fault for it, as I would have gotten a ticket for it?" Claude asked.

Claude filed a complaint with the North Carolina Department of Insurance but said Geico still refused to cover his loss.

That's when he got in touch with the ABC11 Troubleshooter. "I'm going to fight for what's right," Claude said.

After ABC11 emailed Geico, they got in touch with Claude right away, and have now agreed to pay Claude for the loss of his totaled car.

"I'm really happy with the outcome of the situation," Claude said after things got sorted out.

We have reviewed the case further and have made arrangements to pay the claimant for damages to the vehicle. Thank you for giving us time to give this a thorough review.
Report a correction or typo
Related topics:
fayettevilleinsurancetroubleshootergeico
Copyright © 2022 WTVD-TV. All Rights Reserved.
TROUBLESHOOTER
Apex dog owner warns others after pharmacy's medication mishap
New Wi-Fi device this holiday? Protect yourself from hackers
Wake County tenants, landlords waiting months for assistance
Are extended warranties worth it on back-to-school laptops?
TOP STORIES
Snow likely to start around midnight, last until sunrise
New study highlights where you are most likely to catch COVID-19
In wake of Pittsburgh bridge collapse, how safe are NC's bridges?
Widow delivers heart-wrenching eulogy for NYPD detective
Restaurants, battered by wintry weather, hope business stays brisk
News & Observer: There are 54,000 possible Cook Out combos
Cooper vetoes bill that would push NC primary to June 7
Show More
How many times can I reuse my N95 mask?
10 injured in PA bridge collapse; human chain formed to help
Decades after TV anchor disappears, convicted rapist denies connection
LATEST: Breakthrough cases make up 37% of new COVID infections
Durham Police arrest two in Nov. shooting that left 1 dead, 2 injured
More TOP STORIES News