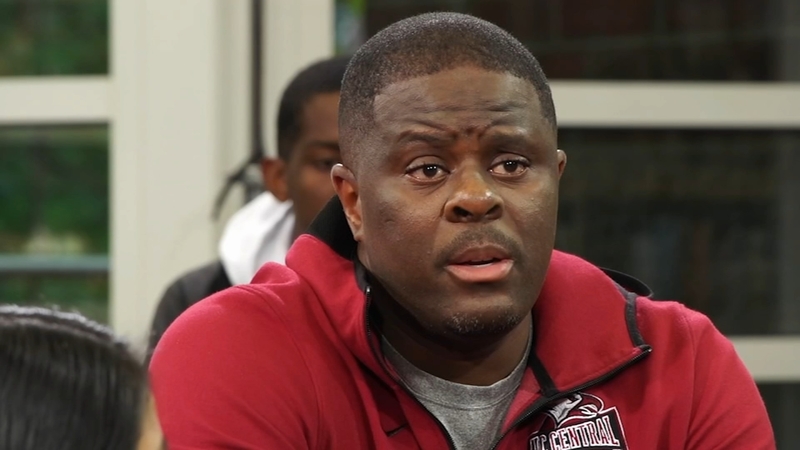 "Now I'm in a whole other realm, I'm like Tyler Perry," Moton said. "I'm a creator, I'm an executive producer and all of these things."

Moton is hoping to provide a platform for teenagers to express their beliefs in a judgemental free-zone with his new TV show called "The Connect."

"When I was a teenager, I was going through so much and I bottled up so many emotions that it became a sense of normalcy," Moton said. "I really didn't have any outlets that I completely trusted."

The men's basketball coach hopes to touch on sex education and racial relations among other things throughout the show. Episode one took place at Enloe High School focusing on hip hop.

"The fact that he's doing this for these kids is pretty huge," said NC Central men's basketball player Jibri Blount. "I think that speaks volumes to who he is."

Music Producer and CEO of Jamla Records 9th Wonder and Music Producer/Activist David Banner were guests with Moton on the first episode.

"I knew that they are natural-born teachers," said Moton. "So they would be able to educate our youth on some of the topics they deal with in hip hop today."

Even in the midst of coaching the Eagles, Moton says it's important to do things like this in the community to show his players there is more to life than basketball.

"Basketball is what I do, it's not who I am," Moton said. "I just think basketball is so romanticized throughout the world and people just try to put you in that box. It bothers me to just be a basketball coach. I just know my purpose is bigger and greater."

Blount describes Moton as a passionate person, not only for his goals but for others as well.

"He's passionate about the community he's passionate about other people," Blount said. "He's been able to come up from so much because he knows what it feels like to not have and to be less fortunate. I think that's something that touches his heart and makes him feel like he's obligated to give back."

"To be able to play for a guy like that it makes it a lot easier because you know anything he says, anything he does it's coming from a genuine place," Blount said.