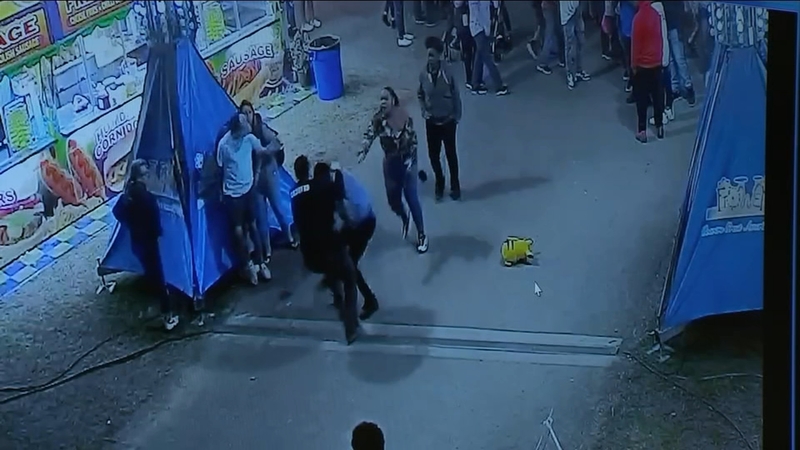 WAYNE COUNTY, N.C. (WTVD) -- The Wayne County Sheriff's Office responded Thursday following a video that showed a scuffle between a woman and a deputy at the Wayne County Fair.

T'Ziah Kelly, 18, is charged with assault and trespassing but said she believes the officer was out of line.

The video shows the moment Kelly was being escorted out of the fair by a deputy. Kelly said all of this started when she rushed to break up a fight between her brother and another teen.

During a struggle, you see the deputy swing and hit the young woman.

On Thursday, deputies released more video and discussed what happened before and after that altercation.

Sheriff Larry Pierce said law enforcement is often placed in a "potentially losing situation" when people don't listen to commands, forcing his officers to be "hands on."

"Social media has become the platform to pass judgment before all the facts can be collected and presented," Pierce said. "I am sorry the situation occurred, but my office will continue to enforce the law equally and fairly as I have taken an oath to do so."

Kelly's mother has filed a complaint against the deputy.

"Looking at the video I feel hurt, betrayed. Because my daughter should have been protected," her mother, Lateryka Sanders, told ABC11. "He needs to be fired. It could have been worse."

An internal investigation is underway. The deputy remains on the job.