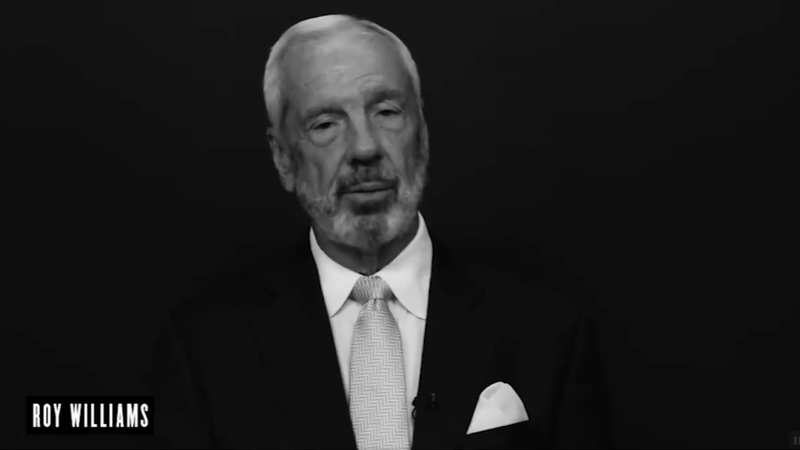 It begins with Williams against a pitch-black backdrop.

"Coach, you know, he had a plan and an idea really," Sean May told ABC11 on Thursday.

Williams, in this case, was just an idea man. What he is not is a tech guru, so that's where the delegation came into play.

"He tasked me and Eric Hoots to get ahold of everybody," May said.

The idea itself was born out of discussions with this year's team in the wake of the national protests, May explained.

"Coach got us on a Zoom call and he just wanted to hear the guy's and he just said, 'let me hear your guy's perspective, what you guys think?' And then after that he said, 'what do you guys want us to do?'"

The end product? A stark compilation of 22 Tar Heels, all of them purposely national champs and purposely from every era, including the all-White 1957 title team.

Say it with us ➡ Black Lives Matter. pic.twitter.com/JrEdvqjncx

"Reaching out to Lennie Rosenbluth and Tommy Kearns, guys who played here in the 50s, and the appreciation that they had for us to even want them to be a part of it. Lennie was somewhat emotional about, 'hey, I appreciate you guys even asking me,'" May said.

Luke Maye jumped at the opportunity to be a part of it.

"For somebody who, like me, like and like Tyler Hansbrough, who's also a White guy, to kind of like speak out about it and to show support. Me and Tyler have talked about it and we believe very similarly like we got to stick up for our brothers," Maye said.

Maye, a hero of the 2017 championship run, was especially forceful in the video.

"We can't be silent any longer!" he says in one portion. For Maye it's personal, having grown up as often the only White person on his AAU teams. Those friendships he says, and especially bringing those friends to his house and neighborhood helped open many eyes, even with his own brothers.

The trickiest to coordinate? Ty Lawson from Japan. He's made some prickly social media comments recently about Coach Williams, but this was bigger.

As Sean May put it "Family is family, and Ty wore this jersey. Ty means a lot to this program, and Coach was adamant about getting Ty in the video."

There has been some public skepticism about motive with these videos but May dismisses that.