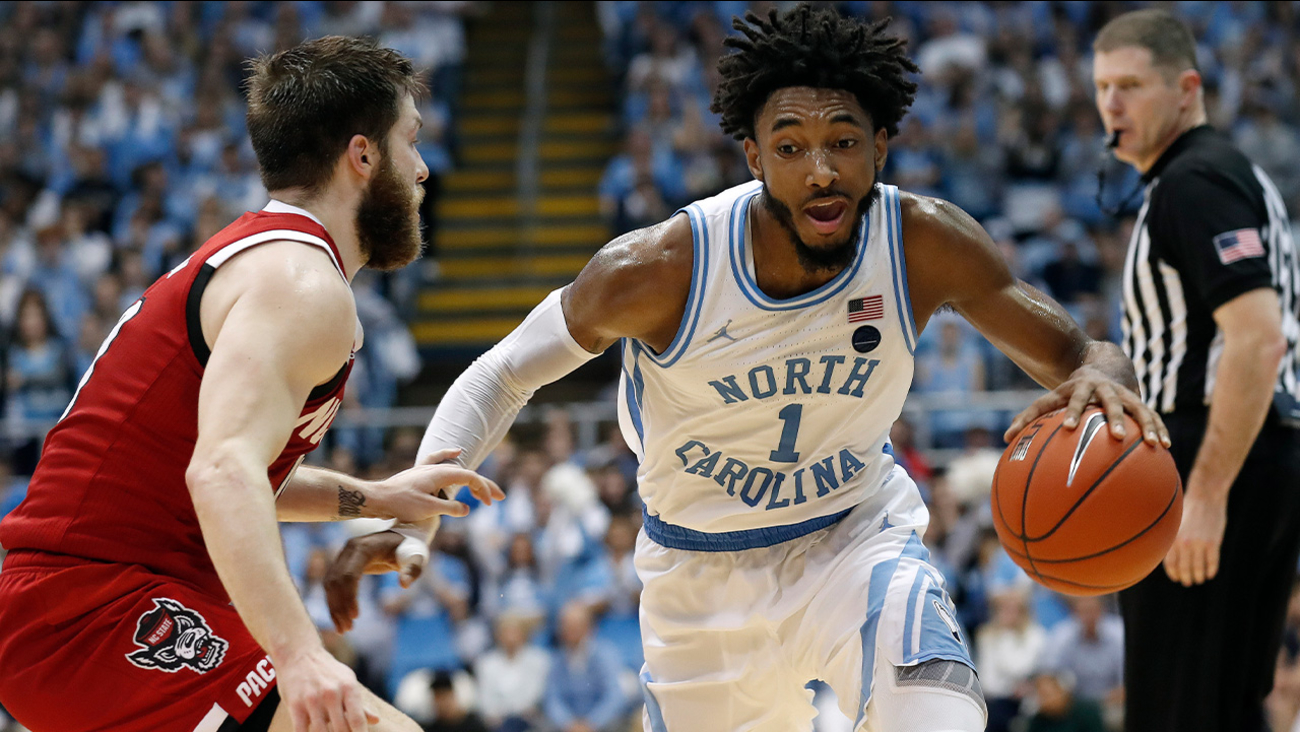 CHAPEL HILL, N.C. -- There hasn't been a lot to smile about for North Carolina fans this basketball season.

Beating rival N.C. State twice might end up being the highlight of the season.

The Tar Heels finished off a sweep of the Wolfpack with a second half comeback.

UNC holds off State 85-78 to earn the regular season series sweep. Garrison Brooks with 30. Half of Carolinas 4 ACC wins are from beating the Wolfpack.

Half of UNC's 4 ACC wins have come at the expense of the Pack.

The Tar Heels dominated the offensive glass getting a slew of 2nd chance points in the process. Those boards helped UNC chop down a lead that grew to 7 with 14:45 left to play in the 2nd half. Carolina responded with a 14-2 run culminating with a steal and slam by Cole Anthony. The star freshman finished with 16.

Looks like Garrison Brooks is going to back in the lineup for UNC pic.twitter.com/h0REMxvZGz

Heels Junior Garrison Brooks returned to the lineup after missing Saturday's game and scored a game high 30 points to go along with 8 rebounds.

Like the first meeting in Raleigh, State got off to a great start.

Markell Johnson knocked down a three to put the Pack up 10-0 in the opening minutes.