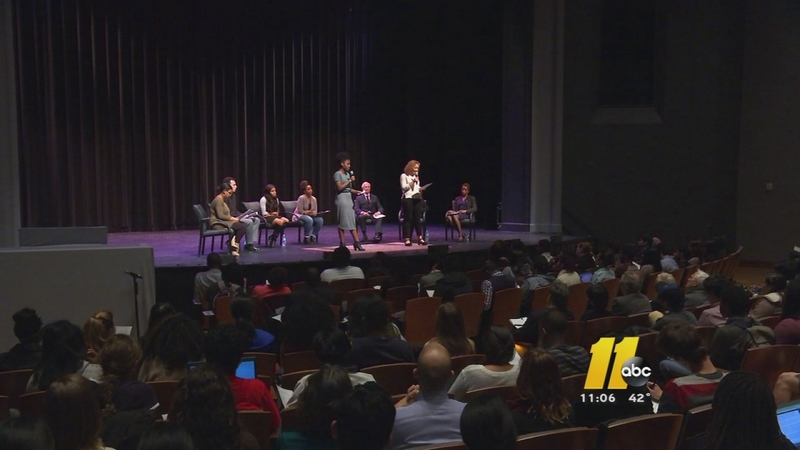 DURHAM (WTVD) -- For the second time in a one-week timespan, race relations took center stage at Duke University Friday during a second forum on the topic with students and school administrators.

Several student groups presented a list of demands that include a policy for hate speech on campus and bias training for members of fraternities and sororities. They also want more faculty diversity and for it to be easier to report incidents.

In the past few months on campus, a noose was found dangling from a tree, a professor made controversial comments in a New York Times editorial, a homophobic death threat written on the wall of a dorm, and a poster for a Black Lives Matter event was scrawled with racial slurs.

This week, the university announced it has formed a task force to focus on issues of bias and hate and whether the university needs to change its policies.

"Bias and hate have no place in civil society," said Duke University President Richard Brodhead. "We are committed to helping to eradicating them not on one front, but many fronts ... It is our plan to look at these things seriously and to figure out what are the most important progresses to be made."

"I'd like to be optimistic and hope that they're going to move forward and all of us that were here tonight will definitely be behind them in making sure that the changes will be going through," said Jones.

Administrators didn't offer a timetable when they would making any changes.