'North Carolina is becoming our nightmare:' Undocumented mom speaks out against ICE raids 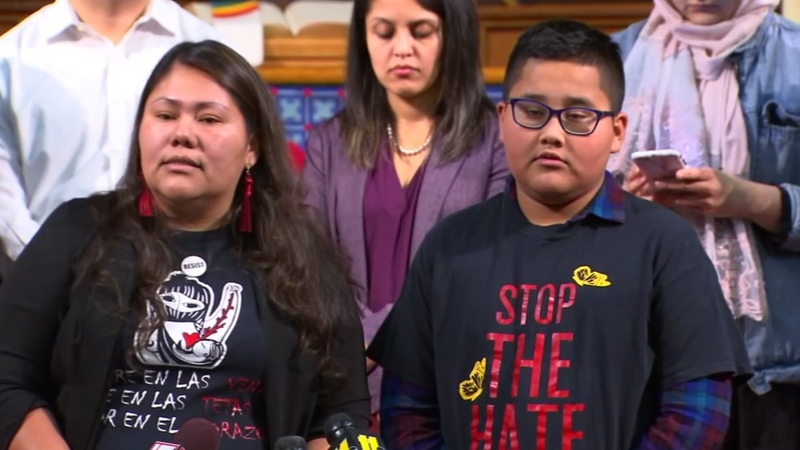 RALEIGH, N.C. (WTVD) -- Carmen Rodriquez took to a podium Friday night with her son by her side. Through his translations, she explained the fear and angst.

"North Carolina is becoming our nightmare," she said.

Rodriquez, an undocumented Raleigh resident, is concerned about the fury of recent ICE raids.

Recently, more than 200 people were detained.

A top federal official said last week the hunt for undocumented immigrants is the new normal.

"They fall within our mission. We will take enforcement action," said ICE Regional Director Sean Gallagher.

The intensity comes after several deputies cut off participation in the 287G program, which transferred undocumented detainees from county supervision into ICE custody.

The agency insisted that the majority of the people they have taken have criminal records.

In response, the Carolina Peace Center hosted a meeting to let folks know what their legal rights are.

"It's causing a lot of stress among people and families," said Faisal Khan of the Carolina Peace Center. "Not all these people are felons. Not all people are criminals. They're law-abiding citizens. Some of the people have been living here for a very long time."

DreamAdvocacy.org uploaded a video, out of Henderson, that showed a rouse to round-up undocumented workers where ICE agents disguised themselves as day laborers.

"To see something like that is unprecedented really and I have a bad feeling this is going to continue," said Khan.

Protestors demonstrated against the raids outside of Duke University on Friday.

Mayors in Durham, Chapel Hill, Carrboro, and other cities are condemning the arrests.