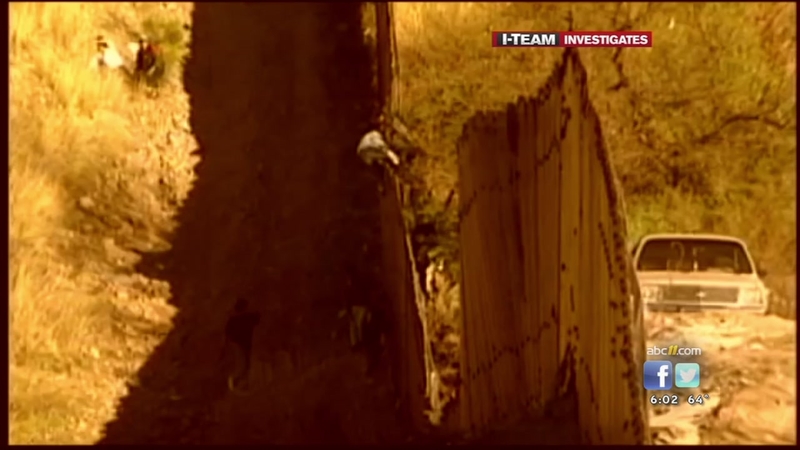 The I-Team talks to immigrants living in the shadows

The ABC11 I-Team spoke with several undocumented immigrants about their stories, including how they entered the United States and how they're surviving in North Carolina. According to the Pew Research Center, the Tar Heel State is home to about 325,000 immigrants who entered the country illegally - eighth most in the United States.

The ABC11 I-Team is protecting the anonymity of this woman, whom we'll call Shelly; she was 9 when she left her native Honduras.

"I remember pretty much everything," Shelly said, describing the violence she witnessed in her hometown of San Pedro. The crime, she added, even involved her father. "I was afraid of the police because I was certain that they were going to do something to me or kidnap me to be able to get to him. When the police were looking for him if there was a closet or some kind of room they couldn't look into, they would just shoot it up. So for several weeks, I couldn't even go to school because they were just standing outside my grandmother's house and I was afraid that they were going to take me."

With support from her grandparents, Shelly joined an aunt and cousin on a 45-day trek from Honduras to Guatemala to Mexico and then across the Rio Grande into the United States.

"It was freezing cold," Shelly recalled. "I was in a panic that I was going to drown or that somebody was going to see us. That part was definitely really scary for me."

Asked what would've happened if Shelly encountered a wall instead of the river, Shelly said, "I mean, we were already there. We weren't going to just walk up to a wall and turn back and say 'well that was it.' We were going to get over it, under it, around it somehow."

Today Shelly is 25 and lives with temporary legal status through DACA - Deferred Action for Childhood Arrivals - the federal program created under President Barack Obama. Her mother and step-father continue to reside illegally in the United States.

"At the end of the day if people have a reason to fear where they are, they will find a way to come in one way or another," she said.

That other way, according to another immigrant in Raleigh, is arriving through a port of entry with a temporary visa and overstaying that visa.

"No, a wall would not have stopped our plane," said a woman, who again will remain anonymous at the discretion of ABC11. "People come here in more ways than just crossing the (border). There are many ways people come here to the United States. There are many different stories behind immigrants that came here."

According to the American Immigration Council, many of North Carolina's undocumented immigrants live among those with legal status and warn that these mixed families are increasingly worried about a surge of targeted arrest missions by agents of Immigration and Customs Enforcement (ICE).

So far in February, federal officials told ABC11 those missions have resulted in more than 200 arrests in raids across North Carolina. However, officials said that number does not include the nearly 30 people taken into custody at a Sanford manufacturing company because those arrests were made by a different division.

Sean Gallagher, Director of ICE's Atlanta Field Office which covers the Carolinas, explained in a news conference that most of those arrested had prior criminal records or had pending charges against them.

Still, Gallagher added that 60 other people arrested were not specifically targeted. Instead, they were arrested when they could not verify their legal status for ICE agents who were searching for other undocumented people.

As for the seeming increase in raids, Gallagher said this is the new normal. He said with Triangle county leadership ending the 287g program (which transferred undocumented detainees to ICE custody) ICE has to actively seek out undocumented immigrants.