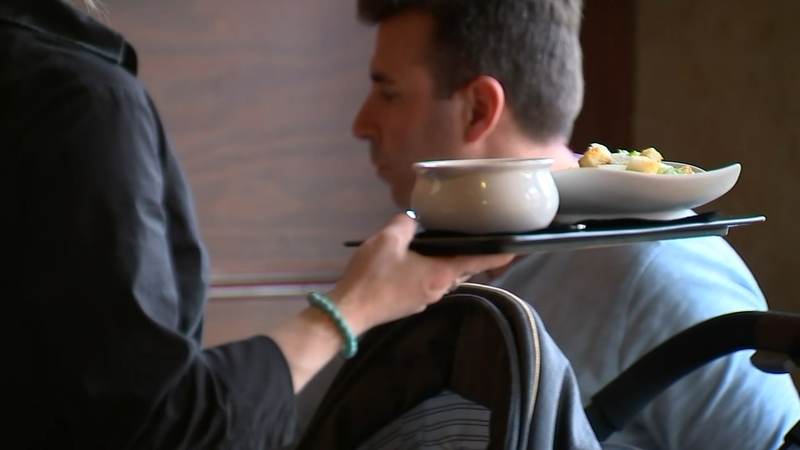 "Since the COVID recession technically ended at the end of the second quarter of 2020, we've had very good economic growth. Looking at all things together, the labor market has really come back," economist Dr. Michael Walden of N.C. State said.

Though the overall numbers have improved, Walden noted that certain industries have fared better than others.

"There are big differences between industries. The tech sector is just blowing past records. They're up almost 20% in terms of employment. Professional jobs and people who help professional people do their work, they're up from where they were pre-pandemic. Finance (as well). And what those three (industries) have in common is they can use technology. People can easily work remotely, we'll see if that changes, but they can easily work remotely. On the other side of the coin, leisure/hospitality they've been adding jobs, but they're still well-below pre-pandemic levels. Personal services are below, construction (and) manufacturing is below, and what those industries have in common is there's a lot of personal contact," said Walden.

That was seen during a trip to downtown Apex on Thursday, where despite strong crowds around lunchtime at several restaurants, "Help Wanted" signs were a common sight.

"I've had some employees that have been with me 10, 11, 12 years that are still with me here that have helped out. And they've committed to working extra hours until we get the staff that we need. You know what's happened is when you have those people working the hours they're working, they become tired also. We're a good team here and it really helps out, but there's no question that staffing isn't where you want it to be, but it's getting better," said David Burrell, owner of The Peak on Salem.

"They're about 40% up from last year, so we're pleased for that," Burrell said.

While Burrell noted they've been able to make some recent hires to provide support, many applicants are younger and have less experience than those seeking work prior to the pandemic.

"Even though you may see some empty booths and tables open, you just can't put stress on the kitchen, on the servers, on the customers. It just doesn't work well, and it causes a snowball effect. So we prefer to give up a little customers unfortunately and hope they come back and give better service in the meantime," said Burrell.

"In North Carolina, in terms of total number of jobs, we're fully recovered from the pandemic and the COVID-19 recession," said Walden.

Despite low unemployment figures and high hiring marks, there is still a need for workers, which Walden attributes to a couple of factors.

"People who were dismissed from their jobs or furloughed from their jobs and had financial support from the government, a lot of them didn't just sit on the couch and watch TV, they actually improved their credentials. They actually took courses, maybe remotely, so when they went back to work, they could move up the scale," Walden explained, while adding there's also been a large number of retirements over the past couple of years.

To attract workers, Burrell said they've been more flexible with time-off requests, even for new hires, noting they are still searching for four or five servers, a bartender, and a cook.