What life is like now for Pa. man arrested at age 11 for pregnant woman's death 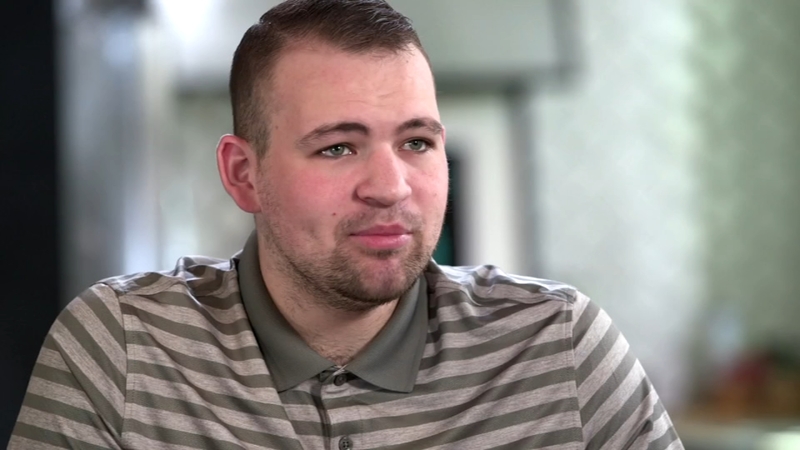 WAMPUM, Pa. -- Jordan Brown was 11 years old when he was arrested and initially charged as an adult for the murder of his pregnant, soon-to-be stepmother. Now 21, Brown, who spent more than seven years in custody, is focused on his future since his murder conviction was overturned just this summer.

In 2009, Jordan Brown was charged with murdering 26-year-old Kenzie Houk as she slept at their home in Wampum, Pennsylvania. Houk was engaged to be married to his father, Chris Brown, and 8 and 1/2 months pregnant.

Police said Jordan Brown walked into her bedroom, shot his future stepmother with his youth hunting shotgun and then boarded the bus for his elementary school.

Jordan Brown denies killing Houk. He said that getting ready for school that day in February 2009 was "just a normal morning."

What it was like to be 11 years old and detained on charges of murder: Jordan Brown, whose conviction was later overturned, said the only time he was able to see the outside world was when he had to go to court with “shackles and handcuffs on.” #ABC2020 https://t.co/lRJd8YjtNE pic.twitter.com/4qNCqZ82wZ

"My sister Jenessa woke me up," Jordan Brown said. "[I] went downstairs, got my clothes, went in the bathroom [and] got dressed. And we just sat ... on the couch in the living room waiting and then Kenzie told us to go because the bus is coming and we're going to be late. So we [hurried] up and went out the back door and ran down the driveway. [We] went to school."

At around 8:15 a.m., Jordan Brown said, he and then-7-year-old Jenessa, one of Houk's daughters, left the house to catch the school bus. At 9 a.m., tree trimmers arrived to work around the house. Soon after, one of the tree-trimming workers spotted Houk's other daughter, 4-year-old Adalynn, in the doorway, sobbing and saying her mother was dead. The tree trimmers called 911, and shortly thereafter, police contacted Chris, who was already at work that morning in the shipping department of a tableware company.

"They told me that [she and] the baby were gone, and I remember collapsing in the yard," Chris Brown told ABC News' Juju Chang. "I lost it."

At 3:30 a.m. the next day, the grieving father and son were awakened by police pounding at the door. The officers had a warrant to arrest 11-year-old Jordan Brown.

After being detained at age 11 for a murder he says he didn’t commit, now 21-year-old Jordan Brown speaks out for the first time to @JujuChangABC TONIGHT on #ABC2020 at 10|9c on @ABC. https://t.co/ZGewRPfd2o pic.twitter.com/mDrkwn4kGo

Jordan, then a fifth grader, said he didn't understand what he was being accused of.

"They put me in the back of the car and they took me to the police barracks. And I was in there. And then they took me straight to the county jail," Jordan Brown said.

After he was arrested and charged with the murders of both Kenzie Houk and her unborn child, Jordan Brown was held at the Lawrence County Jail. When his mug shot was taken, Jordan Brown said, he was crying.

"I didn't understand what was happening. I didn't know where I was at, like, what was going on or anything," he said.

Inside the Browns' farmhouse, police found handguns, rifles, and several rounds of ammunition. Investigators on the case tell ABC News, in that rural area of Pennsylvania, "It's fairly common, most - especially young males - would grow up with learning to shoot firearms."

They also found a 20-gauge shotgun that belonged to Jordan. It had been a Christmas gift from his father because the two liked to go hunting together. Investigators said the gun smelled like it had recently been fired.

But investigators believed the strongest piece of circumstantial evidence came from Jenessa. Police say she initially said nothing unusual happened that morning before school. But when she was re-interviewed, police say she had a startling recollection. While waiting for Jordan to leave the house with her, she told them she heard a boom and identified it to police as the sound of a gun.

Police also said they found a 20-gauge shotgun shell casing in pristine condition next to the family's driveway and found some evidence of gunshot residue on Jordan's clothing.

Jordan Brown, now 21, shares the conditions he faced after his arrest at age 11 for murder and about his life today after his conviction was overturned. Watch this #2020Extra & don't miss the exclusive #ABC2020 interview tomorrow at 10|9c on @ABC. https://t.co/IrFYuIq6ee pic.twitter.com/1qsJXK7Gok

Chris Brown said he drove every day, 230 miles round trip, to see his son at the center. He said he needed to drive four hours every day to visit Jordan Brown because "he's my son."

Jordan said those visits were a lifeline: "I don't know what I would've done without them."
"They played a big [role] in, like, keeping my head straight," he said.

The daily journey, however, wreaked havoc on his finances, Chris Brown said.

"It cost me my job, and what money that I had coming in went into the gas tank and went into things that he needed," Chris Brown said.

And with the focus on his son's legal plight, Chris Brown said his grief for the loss of his fiancée and their unborn baby had to take a back seat.

"[I really] haven't had a chance to grieve properly," Chris Brown said.

As the years passed, Jordan Brown said he spent much of his time absorbed in the books his father brought him, reading with a dictionary next to him.

"If I would read something and come across a word I didn't know, [I would] look it up. That way I know what was trying to be said, and then that's how I read," he said. "I was a big fantasy reader... It was a whole different world. I'd, like, lose myself in the book. ... Time flew when you were reading."

Throughout Jordan Brown's stay in detention in Erie, his father continued to ask him whether he'd killed Houk.

"[He] never changed his story. You know, [he] maintained his innocence throughout from day one," Chris Brown said.

More than two years after he was charged, a judge ruled that his case would be moved from adult to juvenile court. It would be another eight months before Jordan would stand trial for double homicide.

The trial lasted three days. Despite the investigators' belief that Jenessa statements to police were compelling and credible, prosecutors made the decision not to introduce them at the trial, nor did she testify.

"A judge finding a juvenile delinquent is effectively a guilty verdict. It's saying that I have a charge in front of me in juvenile court, and I am finding that you are responsible for that crime," ABC News' Chief Legal Analyst Dan Abrams said.

"I can remember just looking at Jordan and feeling like we had failed him. And just feeling so sorry for him at that moment," Jordan Brown's lawyer Steve Colafella told ABC News. "And I just remember looking at him thinking, 'How can this kid have any more hope?'"

Jordan Brown, who'd been in custody throughout the investigation and trial, was eventually sent to George Junior Republic juvenile detention center in Grove City, Pennsylvania.

During his incarceration, Jordan taught himself to play guitar and said he became a pretty good basketball player.
Jordan Brown spent eight summers in detention and was released when he turned 18 in 2016.

Jordan Brown's lawyers had filed a notice of appeal two months after he was convicted. Eight and a half years after his arrest, Jordan Brown's case was heard by the Pennsylvania Supreme Court last November.

And in July 2018, the court sided with Jordan Brown, writing that the Commonwealth of Pennsylvania had failed to prove Jordan Brown guilty beyond a reasonable doubt. His conviction was overturned. In a rare move, the highest court in Pennsylvania ruled that "there was insufficient evidence" to prosecute the case.

"I was happy. Finally, it felt like a big weight had been lifted off of me. It's been a nightmare for nine-and-a-half years." Chris Brown said.

"I'm 100 percent, you know, a whole, clean slate. Everything is gone. And that made me happy. Finally, the truth finally got out," Jordan Brown said.

When asked what message he had for the state police troopers who'd arrested his son, Chris Brown said, "'Shame on you,' is probably the most polite way to put it."

"You took an 11-year-old's childhood away from him. You've, you know, ruined his name in essence. I mean, you Google 'Jordan Brown' and you get that mug shot picture that pops up," he said.

Jordan Brown said he has "mixed feelings" about what happened to him.

"It used to bother me all the time. I used to hate it. But then I got to the point where it didn't bother me at all. I didn't care. But now I'm kind of, like, I go back and forth sometimes, I think," he said.

"I'll be honest with you, I suffer from PTSD [post-traumatic stress disorder] over this," Chris Brown said. "It's kind of a bittersweet feeling, you know. [I'm] happy that this part of it is over with Jordan, you know, being wrongfully accused. But still, that side of it, that suffering from the loss and not having any answers, knowing he was falsely accused and the route the prosecutor and investigators took on this, the inadequate investigation. ... I think has just ruined us [from] ever having closure and the person who did this, and for the person who actually did this to pay for it."

"There's a murderer walking amongst us that has been overlooked," Chris Brown said.

Retired Pennsylvania State Police Trooper Bobby McGraw, one of the investigators on the case, said he is still confident that Jordan Brown committed the murders.

"This case was investigated by some of the finest police officers in this country, plain and simple. And none of us wanted to put handcuffs on an 11-year-old. That's where the case took us. I have never looked back that we arrested the wrong person, in my opinion. And I would assume every trooper who investigated that case feels the same way. We did not get this wrong," McGraw told ABC News. "There is not a trooper on scene that day that has lost one second of sleep over this case."

Jordan Brown, who is attending college and studying computer science, is determined to leave his past behind and prepare for brighter days ahead.

"My biggest hopes for him probably is that he gets a fair shake moving forward, that, you know, people look at this and, for what it is, what it truly is," Chris Brown said. "Read that Supreme Court order and realize that this kid was done wrong."