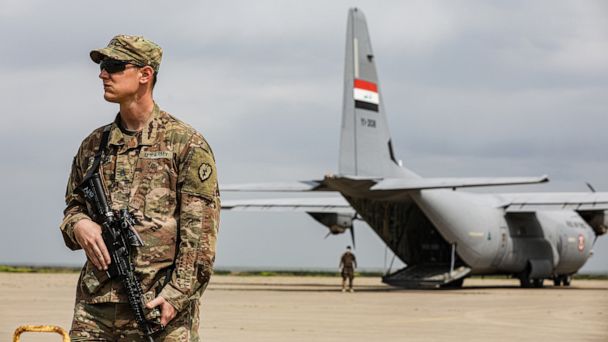 The reduction in forces had been anticipated, with U.S. military officials highlighting the Iraqi military's growing ability to carry out independent operations against the remnants of ISIS.


Although officially at about 5,200 since late 2016, when U.S. training efforts to battle ISIS peaked, that figure actually was a bit higher because of troop rotations and other factors.

The process for the drawdown has already begun, but the U.S. official did not elaborate on how long it would take to complete.

A spokesman for U.S. Central Command declined to comment, but cited the progress made by Iraq's military.

The Wall Street Journal was first to report the reduction of forces in Iraq.

The United States and Iraq began discussions earlier this year about the future of the U.S. troops in Iraq.

McKenzie has said several times this summer it was possible the U.S. troop presence in Iraq could be reduced as the Iraqi military continued making progress. But he also said the size of any troop reduction would be a decision made by the White House.

No troop reduction announcement was made following Al-Khadimi's meeting with President Donald Trump at the White House last week, but Trump emphasized again that he favors an eventual full withdrawal.

"We were there, and now we're getting out," he told reporters. "We'll be leaving shortly. "