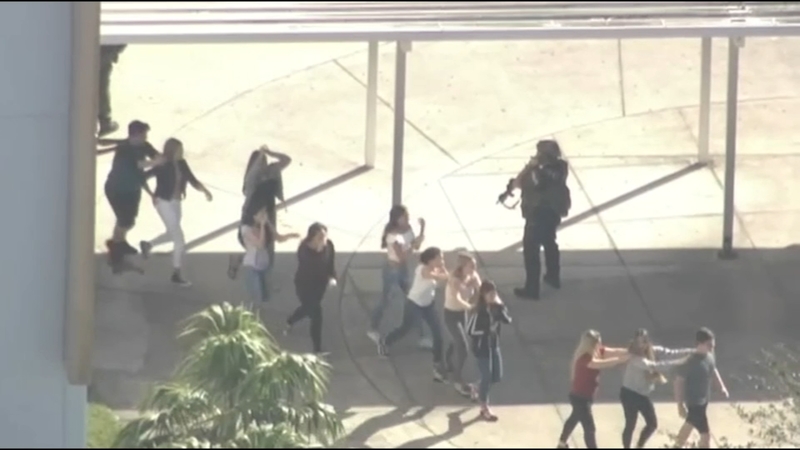 RALEIGH, N.C. (WTVD) -- Greear Webb might have gotten older. But his anger remains the same.

"It's terrible," he said. "I felt the same type of righteous anger I felt after the Parkland (school) shooting."

Webb was a junior at Sanderson High School during that shooting. He tried to do something then by organizing a gun violence town hall.

The rising senior at UNC-Chapel Hill was enraged by the latest mass shooting that took place in Uvalde, Texas.

"I feel like we are normalizing it as a country," Webb said. "America has normalized an incident, a mass shooting, the killing and death of young people who are going to school."

RELATED: What we know about victims

He said he believes every measure should be looked into to eradicate some of the issues including universal background checks for unlicensed gun sellers. He also suggested doubling down on red flag laws so people who are mentally unstable can have their guns temporarily taken away.

RELATED: A look at some of the deadliest US school shootings

He said there are officers in every school in the county and he encourages others on patrol and his command staff to stop in at schools from time to time.

"It sends a signal to the would-be assailant that there is somebody there, which in some cases doesn't seem to bother or deter them," said Blackwood.

He said he believes the response to the COVID-19 pandemic has only made this worse.