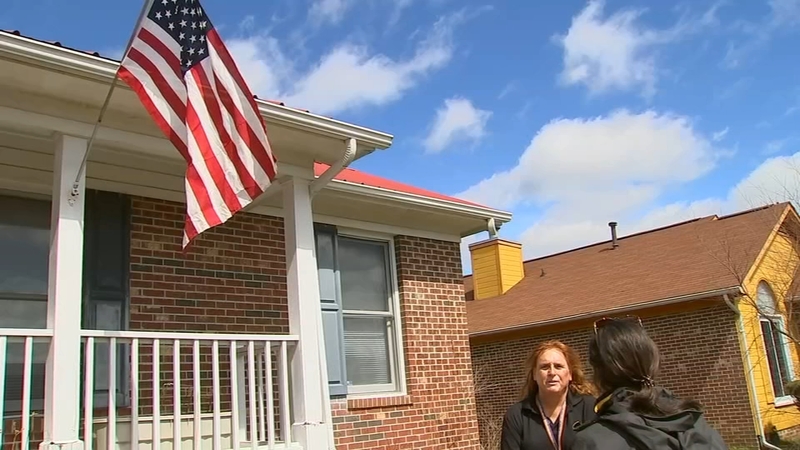 DURHAM, N.C. (WTVD) -- This week the U.S. Department of Veteran's Affairs released a sweeping plan to close and update medical services for veterans across the country.

The proposal draws attention to the aging nature of many facilities as 69% of the VA hospitals are older than 50 years old. To remedy this, the plan seeks to modernize, build and close dozens of facilities across the country as the VA seeks to relocate services closer to Veterans, improve infrastructure and expand access to meet the projected need.

In the Southeastern market, which includes North Carolina, the VA anticipated a 20% increase in veterans who need services by 2029. The biggest jumps will be seen in Cumberland, Wake and Onslow counties.

One of the biggest changes in North Carolina included plans to close the VA medical center in Durham. The report identified that the nearly 70-year-old building had more than $191 million in deficiencies. Instead, the VA plans to build a replacement in the Raleigh/ Durham area. It would not be in the same location because its current area is 'landlocked' by Duke University. The new center would offer a community living center and residential rehab treatment programs, along with mental health services.

The Fayetteville medical center was built in 1939 and while it was renovated in 1988, the report highlighted nearly $90 million in deficiencies. Another nearly $5 million is estimated for annual operations and maintenance costs.

"The Fayetteville VAMC campus is outdated and does not conform to the modern environment of care standards," the report stated. Big challenges were identified in electrical, plumbing and HVAC systems.

Veteran Leigh Howard has used that location before in seeking care for PTSD after returning from overseas.

"The old Ramsay Street facility, it's got some historic charm on there--a lot of things that need to be fixed. The emergency room isn't quite accessible and just the elevators and stuff are old so it probably, they could probably use a revamp."

The department is not suggesting closing the medical center but rather shifting away some of its services. The plan suggested relocating primary care, outpatient mental health, outpatient specialty care and urgent care services away from the Fayetteville medical center

The VAMC and the Womack Center has partnered together already so the plan suggested expanding that collaboration along with moving services to other existing VA facilities.

"Relocating care away from the existing aged Fayetteville VAMC will deliver high-quality care to Veterans and improve efficiency while decreasing the ongoing maintenance and FCA costs for the VAMC," the report stated.

Howard who now receives care at the Cumberland County VA Center said she believes facility upgrades will make an impact for the veterans receiving care.

"I think just the fact that it's spacious and it's new that people have a better attitude when they go there and it helps to get things done," Howard said.

However, Howard thinks a lot of the quality of care depends on doctors.

"It comes down to your doctors and knowing your doctors," Howard said. "I do think that maybe the newer facilities, they'll attract more doctors."

"Today, the recommendations will have no impact on current operations, plans or activities for VA employees or services for Veterans. We will continue with any planned infrastructure updates as intended to provide the best possible healthcare services to our Veterans," said Dan Dücker, Fayetteville VA Coastal Health Care System executive director.

Ducker stressed that the recommendation has not been approved or funded yet.

Currently, these are just proposed changes. An independent commission will have to review the plans and Congress will ultimately have to approve them before they can be enacted. The review commission does plan on holding public hearings, visiting facilities and meeting with partners as part of its review process.

A spokesperson for U.S. Senator Thom Tillis who services on the Committee of Veterans' Affairs said Tillis is still reviewing the recommendations and understands the need to modernize facilities.

"However, Senator Tillis will not support any proposal that would reduce access to care for North Carolina veterans and will continue to closely track this process," Tillis' spokesperson wrote in a statement to ABC11.

Howard said the investment can be a good thing, but she hopes the VA ensures the money is spent on things that will make an impact.

"We have to make sure that the money goes into the right things. When I was in Iraq, I was in charge of a lot of the building Iraqi projects and we always had metrics that before he spent money you wanted to make sure that actually was going to do a thing for you," she said.

Howard said the wide-scale plans for investment are a step in the right direction.