'It's been a very long road': She's a wife, mom, Army pilot, and an NC State veterinary school grad 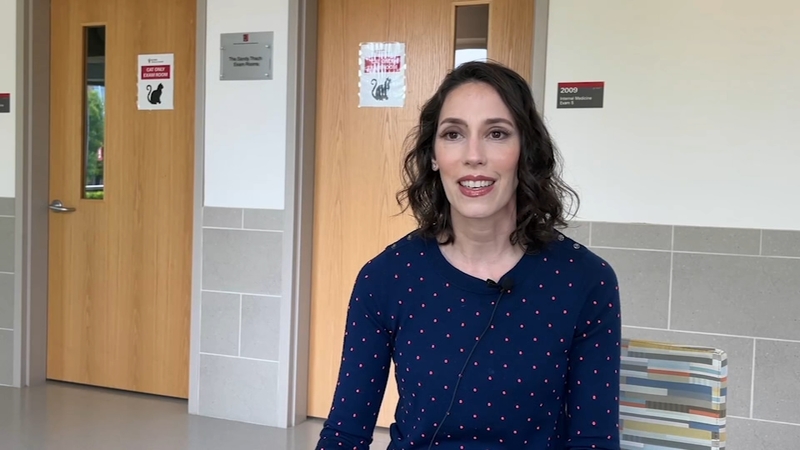 RALEIGH, N.C. (WTVD) -- An Army veteran and mother of three who served as an Apache helicopter pilot soars to new heights, graduating from the North Carolina State College of Veterinary Medicine.

Tania Hummel balanced her studies with motherhood, giving birth to twins and caring for her young children all while her husband remains on active duty for the Army.

"I'm excited," Hummel said. "It's been a very long road. It's five years, three kids, my husband being gone here, there and everywhere. And I think what I'm most excited about is my kids seeing me finish this and them being excited for me."

Hummel said her time as a veterinary student required determination and a solid support system.

Among her many accomplishments during her 12 years of service in the Army, Hummel flew over 80 missions in Iraq and was in command of eight aircraft and a team of 60 in Afghanistan.

Hummel said becoming a veterinarian will continue to be an avenue to serve others as she did in the military.

"I don't think that I could serve any better to my community than I had then, but I think being a veterinarian and serving the community in that way is kind of my next calling," Hummel said.

According to Hummel, she initially had an interest in medical school upon graduating college but chose the field of aviation instead. Now Hummel combines her love for animals with her interest in medicine.

"I have always loved medicine and science and helping, and who doesn't love animals?" she said.

Hummel will work as a mixed animal veterinarian in Alabama where her husband will be stationed.

Though Hummel said studying such a rigorous course load while pregnant with her twins was exhausting, she refused to give up on her passion.