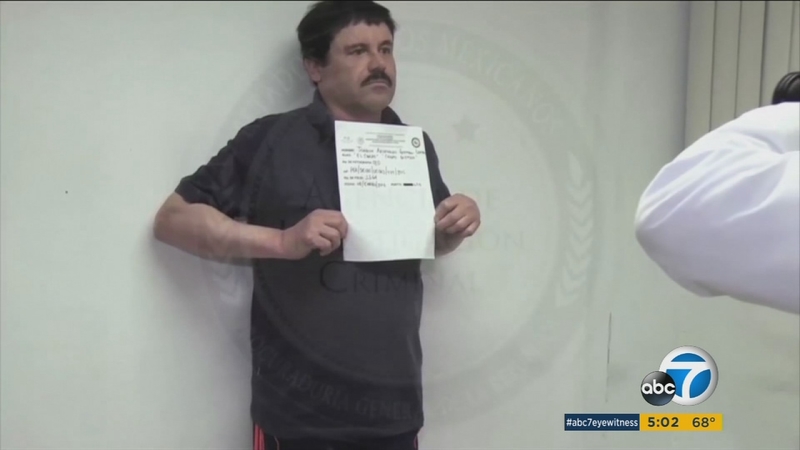 Guzman can be seen in video stealing a white car at gunpoint and then driving off in early January.

As his henchmen engaged in a bloody shootout with Mexican marines in his home state of Sinaloa, Guzman managed to escape through a tunnel into city drains where he stayed for hours.

After stealing the car he was quickly captured. Video released also shows him being finger printed and having his mugshot taken.

Proceedings are underway to extradite El Chapo to the U.S., which could take up to a year.

Guzman is regarded as the head of the powerful Sinaloa Cartel and previously escaped a maximum security prison in Mexico back in July 2015.