Vigil against violence held for Durham man murdered in February 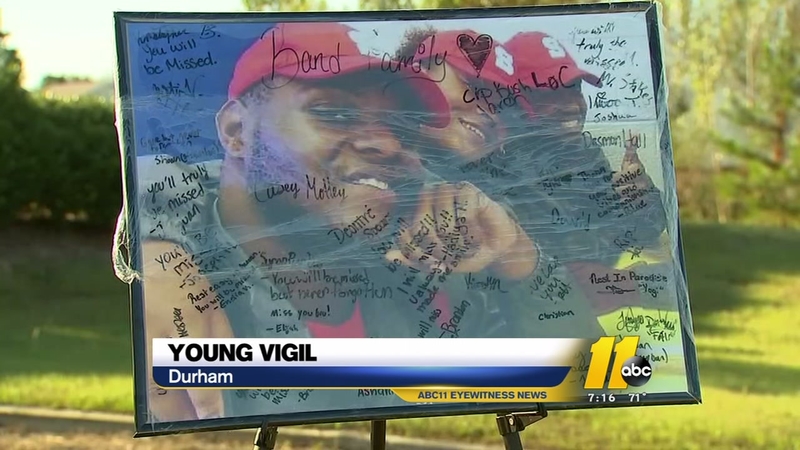 Vigil against violence held for Durham man murdered 8 months ago

DURHAM, North Carolina (WTVD) -- On Saturday, people in Durham came together to remember a 21-year-old man who was gunned down in February.

Edward Young III was shot and killed at the Red Roof Inn off Durham-Chapel Hill Boulevard.

His mother, Brenda Young, told ABC 11 not a day goes by that she doesn't think about her son's murder.

"It's hard. That was my baby. He didn't deserve this. Speaking out on his behalf is very emotional for me," Young said.

There were pictures of Edward Young III on display during the vigil, which was held at the Stonehill subdivision park. The community also had a memorial quilt with the names of people who have been murdered in Durham.

Brenda said the vigil's message is to stop the violence.

Alexis Joyner is in jail after being charged with Young's murder.

Brenda said that Joyner's mom couldn't be at the vigil because she is in the hospital.