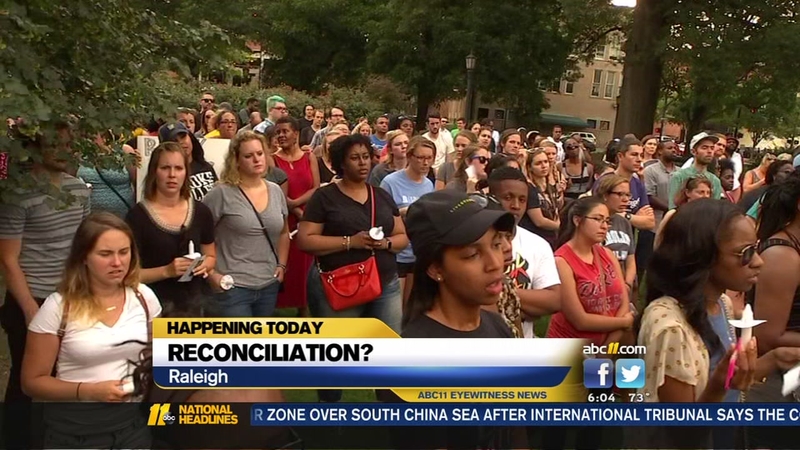 RALEIGH (WTVD) -- Rolanda Byrd, the mother of Akiel Denkins, and a representative from the Raleigh Police Department are expected to attend a convention of churches at the North Raleigh Hilton Tuesday evening.

Both will be invited on stage as part of the program, signaling a possibility that both parties are ready to reconcile.

This in wake of police shootings and resulting violence in other parts of the country.

Tuesday's event is at the North Raleigh Hilton at 7:30 p.m.

At a vigil for victims of police shootings at Moore Square in downtown Raleigh Friday, Byrd told the crowd that news of two black men shot and killed by police brought back emotions from February, when Denkins was shot and killed by a white officer in Southeast Raleigh.