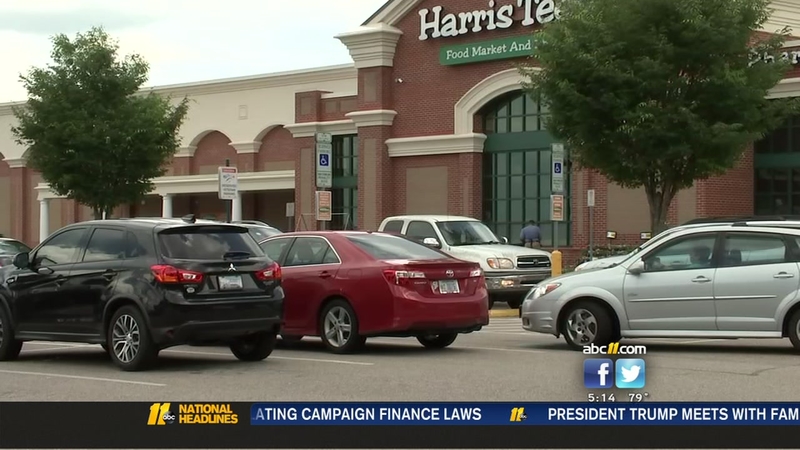 DURHAM, NC (WTVD) -- Harris Teeter in North Durham will close earlier after it was robbed Thursday.

Shoppers are in shock and disbelief after learning employees and a handful customers at their supermarket were violently targeted by a group of thieves.

"I'm literally shaking right now just thinking about it," said Ruth Brenner. "Oh my God. It's terrifying. I can't imagine because it's something you don't expect."

.@HarrisTeeter in North #Durham is reducing its hours today after customers and employees were violently robbed at gunpoint around 2:45am this morning. @DurhamPoliceNC looking for 4 men involved in the attack. #ABC11 pic.twitter.com/cOiM2vl8Cj

According to police, they forced employees and a handful of customers to the ground attacking at least two of the victims.

The crooks got away with the victims' phones and wallets, and the store's cash and cigarettes.

"You just don't know then where they might attack next. And for cigarettes? I'm sorry. I'm an ex-smoker it's not worth it," said Brenner.

Though the store location is heavily monitored with cameras, the once 24-hour location is now reduced operating hours effective immediately. The store will open at 6 a.m. and close at 11 p.m.

Dana Robinson, a spokeswoman for the grocery chain released this statement:

"This change in hours of operation will not result in job loss for any of our valued associate. Harris Teeter works very hard to maintain a safe store environment for both its valued associates and its shoppers. We are thankful no one was seriously injured. Our Asset Protection team is fully cooperating with the Durham Police Department and will do whatever it can to assist in the investigation."

One of the victims was taken to the hospital after the attack.