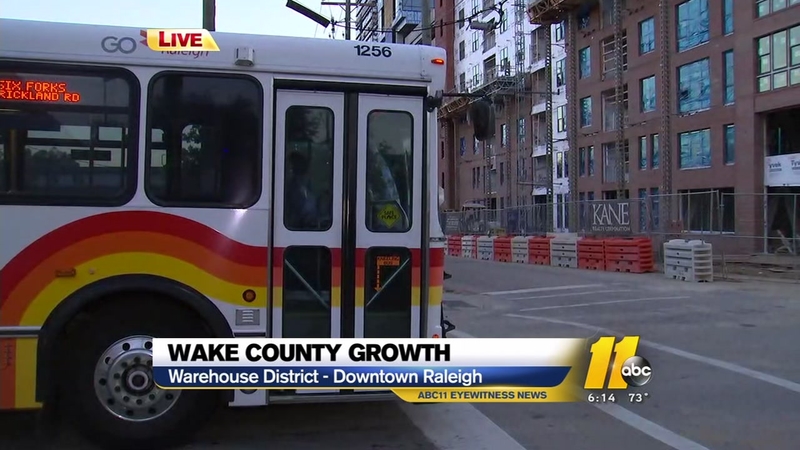 RALEIGH, North Carolina (WTVD) -- Josh Miller moved to Wake County a couple of months ago from Texas. He spent Thursday morning at the DMV getting his paperwork together for a new license. He had lived in this area before and decided to come back. As he is settling into a new life in Wake, he's recruiting other family members to join him in the area.

Wake County is growing by an average of 68 people per day and officials are working to catch up with the population boom and the area's economic growth.

"So many counties in North Carolina are shrinking in population. We're the second fastest growing county in America today," said Wake County Commissioners Chair Sig Hutchinson. "We're making the lives of our citizens even better by planning today for what going to happen tomorrow."

The county is working on a 20-year plan that includes finding water partnerships and more affordable housing.

"We have a need for 50,000 affordable housing units today," said Hutchinson.

There's pressure too on schools. An average of two kindergarten classes are born each day, and the Wake County School District is also strategizing with its own 20-year plan.

Roads are also becoming more congested. According to the latest state numbers, more than 11 billion miles were clocked by drivers on Wake roads in 2016.

Traffic is up on Wade Avenue. Just past the Beltline, daily traffic is up fifty percent in the last 15 years.