By BY ABC11 and the Associated Press 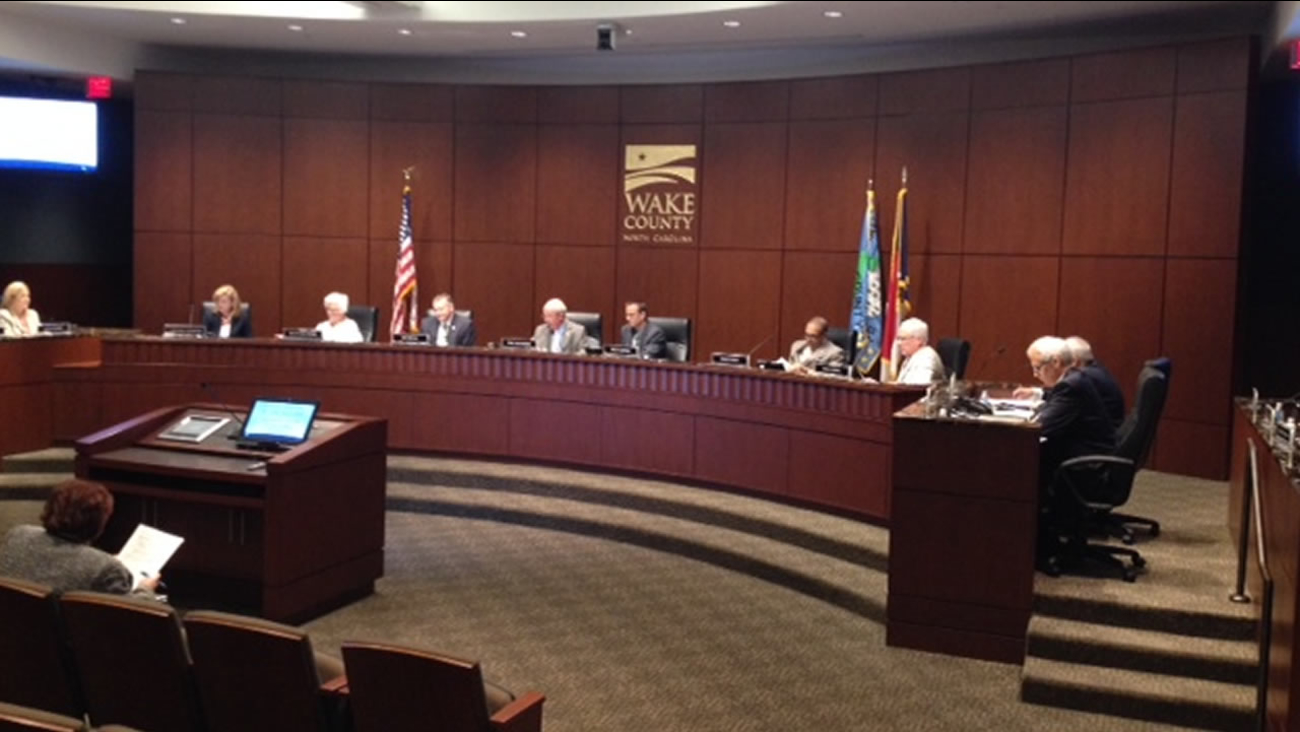 The Wake County Board of Commissioners (WTVD Photo/Tommy Harris)

RALEIGH -- Senate Republicans successfully pushed ahead Wednesday on a plan to remake the Wake County Commission by redrawing its districts. Supporters say the change will ensure all Wake County residents are well represented.

The bill would also redraw the Greensboro City Council districts.

"Why is Raleigh (the legislature) interfering in local government?" asked Sen. Gladys Robinson, a Greensboro-area Democrat opposing the measure introduced by city resident Sen. Trudy Wade, a Republican, to change the city council. "We keep knocking our local folks around for no sense," she added.

But Wade and Sen. Chad Barefoot, R-Wake, who sponsored changes to the Wake County commissioner districts, said power and representation had become too concentrated in particular areas. Barefoot said five of the seven Wake commissioners live within the Raleigh city limits. Wade said five of the nine current Greensboro city council members lived within two miles of each other.

People in many sections of Greensboro "have no local voice on the city council," Wade said. "It is past time for our city council to represent all Greensboro, rather than just a few privileged areas."

Opponents said local governments didn't request the changes and residents have spoken out in meeting against them.

Greensboro's officially non-partisan city council would be reduced from nine to seven voting members, while a separately elected mayor would no longer vote in most situations. Citizens would no longer choose three at-large members. They would only vote only for the mayor and for the single council seat in the district where they live.

The Wake County commission would be increased from seven to nine members. Today the seven races are countywide, although each commissioner represents a specific geographic area. Those living in each of the seven geographic areas would vote for that specific commissioner's seat. Two more seats would be regional. District boundaries would mirror changes to the Wake County school board the legislature made two years ago, which are still being challenged in court.

The commissioners "are the proper representatives of the people of Wake county, not this body," Stein said, adding Barefoot's bill will clearly lead to more Republican commissioners.

Since taking charge fully of state government, Republican lawmakers have been seeking to scale back the powers of big cities, many of which are controlled by Democrats. The state Constitution says the legislature has ultimate authority over cities and counties.

"We're talking about rural versus city, and as we grow, we see what the cities do," Apodaca told colleagues. "They take over everything."

Final Senate votes were scheduled Thursday. The legislation also would require House approval to become law. The governor has no veto power over local bills.