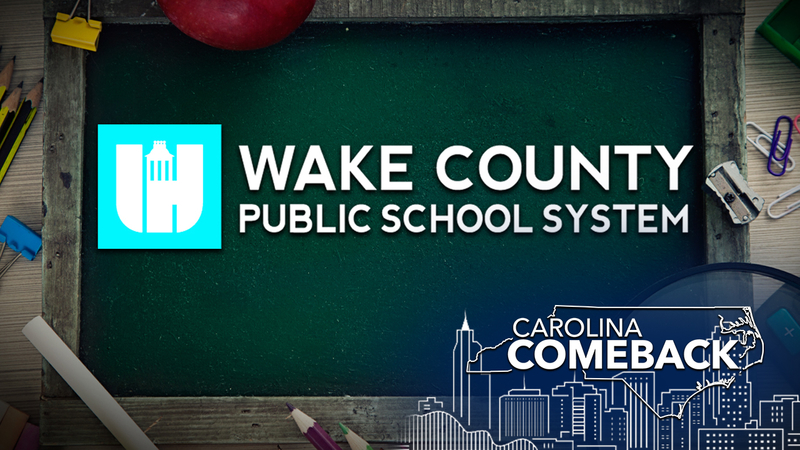 WAKE COUNTY, N.C. (WTVD) -- During a virtual meeting on Thursday, Wake County Public School System unanimously agreed to reopen schools with students operating on a three-week rotation schedule. A plan that has many parents trying to figure out how they will make that work with their own schedules.

Under 'Plan B' to get students back to the classrooms, students would have in-person learning for one week and online instruction for two weeks.

Natalie Lee, a single mother of two elementary-aged children in Garner, says she, like many other parents, powered through the remote learning and working during quarantine. Now she is wondering how she is going to juggle the new schedule.

"The parents were doing the bulk of that teaching and while I have a degree I'm definitely not a teacher and my fear is that they'll continue to fall behind," said Lee.

Lee is afraid the new one week on two weeks off schedule could prove itself to be costly, especially, when it comes to finding care for her children. But the impact to her kids goes deeper than pockets, it's about development.

"It's important that they learn how to be around other kids so they learn that behavior," said Lee.

She finds herself to be very fond of Durham Public School's opening plan. The public school system plans to keep their high schoolers home to free up space for smaller children.

Lee isn't the only one voicing her problems, so is Wake County mother Heather Hooper.
EMBED More News Videos

"I have a two-year-old son and a seven-year-old daughter and so for us it's been a challenge," Hooper said.

Hooper says now knowing the plan to move forward removes some of the mystery, but there is still some uncertainty about how her family will make it work.

"One week in and two weeks off is hard. I'm not really sure how we're going to make that work as working parents and financially it's a burden to have to find child care and continue to work."

Wake County Schools say the plans could change depending on the severity of COVID-19 this summer.