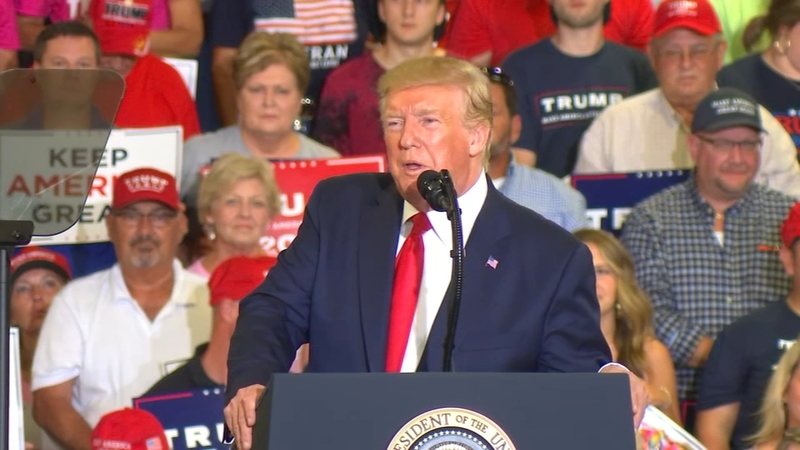 FAYETTEVILLE, N.C. -- After visiting Havelock and meeting with Gov. Roy Cooper about damage caused by Hurricane Dorian, President Donald Trump held a political rally Monday night in Fayetteville to support a Republican candidate to the House.