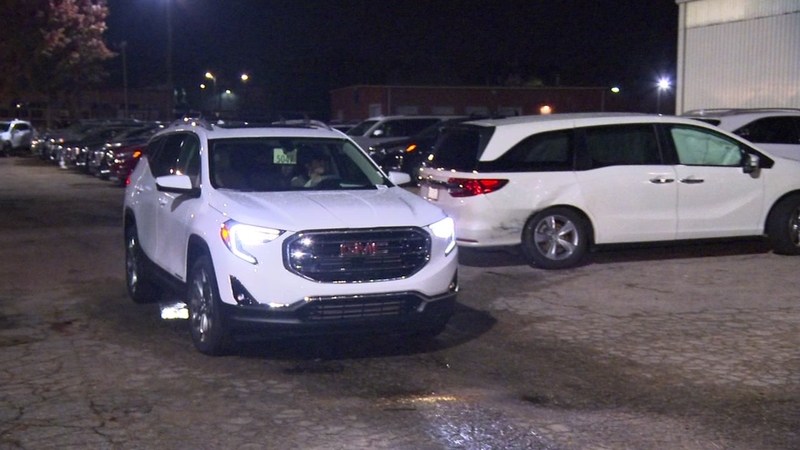 "The creek is already at nine feet," said Lee Maynor, general sales manager for the dealership. "With everything as wet as it is, there's nowhere for the water to go. We're hoping it doesn't come on the lot but just in case it does, we moved the inventory. Everybody jumps in for lack of a better way to say it -- it's a good team-building exercise. All the employees jump in. We have two different lots we store the cars in until the event is over and then we move them all back."

This is the third time the dealership has had to move its vehicles in the last 60 days.

Weird seeing two empty dealership lots on wake forest road. But both moved their cars tonight in advance if wet weather tomorrow. @HohmannABC11 has your full forecast as well. I report from N Raleigh. #ABC11 pic.twitter.com/ng6Vla1I0N

"Between the two hurricanes and not knowing what they were going to bring us, we have to take precautions and move the vehicles so we're doing it again," Maynor said.

These are just a few of the cars being moved off the lot at Thompson Buick GMC Cadillac. Close to 600 will be moved because of concerns with Crabtree Creek and weather moving in. #ABC11 pic.twitter.com/uixvYVNaT1

Gov. Roy Cooper said heavy rain could impact communities across the Triangle where the ground is already saturated and rivers and streams are high.

Raleigh's Public Utilities Department is also keeping tabs on a variety of areas where sewers overflowed earlier in the week.