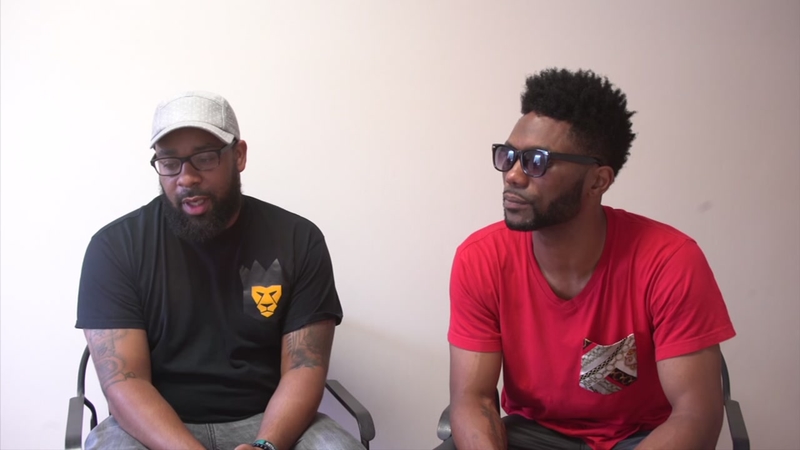 Yet every Wednesday night, thousands of viewers tune into Facebook Live to watch Kevin "Kaze" Thomas and Karim "Bishop Omega" Jarrett offer up discussion and opinions on whatever they think matters.

For a recent episode, that meant everything from the ICE deportations and the flat-earth theory to hip-hop artist Future's licensing woes.

The word "ratchet" has become more or less synonymous with "ghetto" in the hip-hop community. True to its name, the show is thoughtful but never pretentious. It plays out like a group of good friends casually discussing some of the day's most important issues.

A big part of the show, Kaze said, is the concept of being an intellectual while having street-smarts. Kaze and Bishop hope to demonstrate to viewers that it's cool to be smart, and it's okay to put pop culture and politics in the same discussion.

"I can talk about Donald Trump in the election and then I can put Kendrick Lamar's album on, and that's okay," Kaze said. "I can be both people."

"We're the smart drunk uncle," Bishop said. "It's about the kid that gets straight A's but is still street smart."

By mainstream standards, the language is foul and the jokes are edgy, but that only makes the show feel more genuine. Perhaps that's why it quickly gained a loyal following after its debut last year.

And although the show is ultimately about news, Kaze and Bishop always follow up their serious discussions with something more lighthearted.

Now, as the hosts gear up for Season 2, they plan to preserve the series' style while boosting its production value. That will be accomplished partially through a successful GoFundMe campaign. The show will move from the hosts' apartment to a new production studio in downtown Chapel Hill called Vibehouse 405.

Kaze is a co-owner along with Al Bowers of Al's Burger Shack and Wendy Mann owner of Midway Commercial District in Chapel Hill. The duo will shoot on a higher-quality camera and have the ability to stream to both Facebook Live and YouTube simultaneously.

That's a big step up from sitting on the couch with an iPad. But despite the show's humble beginnings, the hosts have loads of experience in the entertainment world.

Kaze was a reporter for the series "My Carolina Today" at WNCN and now works with local artists through his company Sound of the Culture. Bishop worked with radio and cable for years and now hosts many events throughout the Triangle in the hip-hop scene while also touring as a standup comedian.

One aspect that sets Intelligently Ratchet apart from other shows is its interactivity. Viewers add comments in real time and their thoughts appear time stamped beside the video. They might contain web links that validate or challenge a point being discussed. As the comments roll in, Kaze and Bishop read and respond to as many as they can.

The duo also usually hosts guests on Intelligently Ratchet - often prominent Durham rappers who get the chance to talk about their new material and throw in their opinions on the topics of the hour. And when it comes to those topics, the duo stressed that the show isn't about complaining from the couch, but rather taking real steps for change in the local community.

"When the security guard slammed that girl in the cafeteria (in Rolesville)," Kaze said, "we were like 'Yo, here's when the next school board meeting is. If you have a problem with it, you should go.' We go past the point of just sitting on the couch and griping about it."

As the show continues to grow in popularity, Kaze and Bishop said they would love to find a business model that would allow them to do it full-time. But they are adamant not to take on any partnership that would compromise their content.

"I don't want to go to a place where it's like, 'Y'all are not the same show that I remember from Facebook,'" Bishop said. "Our production could be that much better, but we still don't want a boardroom to tell us what we need to talk about."