Marvin Bagley III added 19 points and 11 rebounds and Grayson Allen finished with 10 points for the Blue Devils (4-0), who were coming off a victory over No. 2 Michigan State three nights earlier.

Duke showed several classic symptoms of a letdown, finishing with a season-high 15 turnovers, shooting just 4 of 20 from 3-point range and for a while struggling to keep Southern off the offensive glass before regrouping to finish with a 51-34 rebounding advantage. 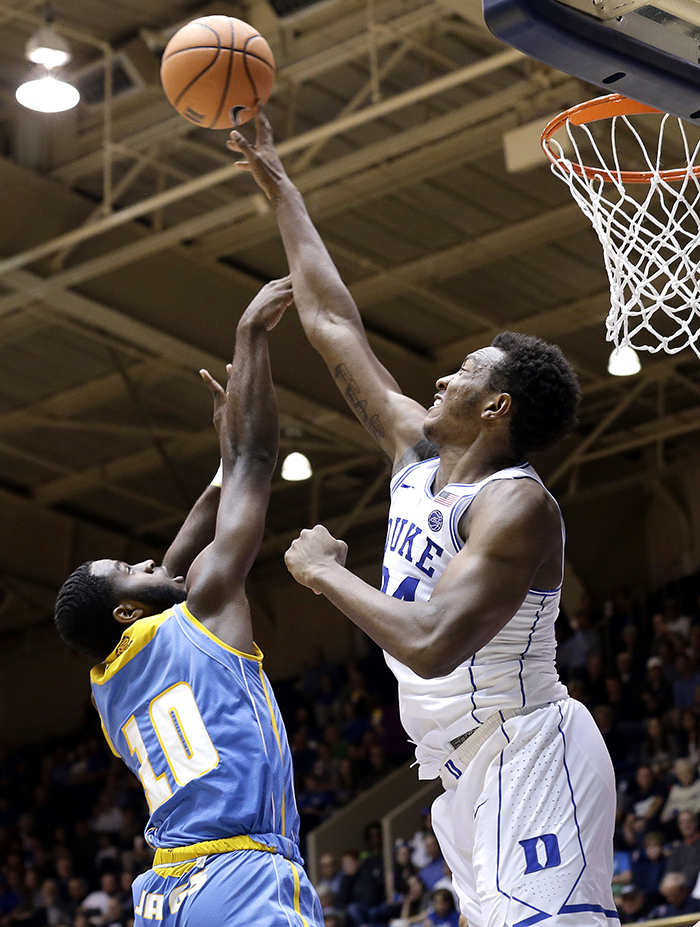 Trevon Duval also had 10 points for Duke, which never led by fewer than 10 points in the second half, but also had trouble putting Southern away, not pushing its lead into the 20s until the final 5 minutes.

Jamar Sandifer had 14 points and Torrey Mayo added 11 to lead the Jaguars (0-4) - whose resume included a 102-55 loss to Illinois, an 86-58 loss at Missouri State and the No. 319 spot in an unofficial replication of the RPI formula.

They gave the Blue Devils about 15 minutes' worth of serious headaches before Gary Trent Jr. hit two 3-pointers during a 15-3 run late in the first half that pushed Duke's lead into double figures to stay.

Southern: The Jaguars open the season with five road games in 10 days, and this should have been the most daunting. Instead, Southern made it competitive for far longer than expected by taking advantage of the Blue Devils' numerous turnovers, repeatedly sending Bagley - who entered as a 22 percent free-throw shooter - to the line and holding their own on the glass.

Duke: This should lead to quite the lively film review session for Mike Krzyzewski, his assistants and players. For a team that has reasonable Final Four expectations, the tape will show plenty of teachable moments - starting with the turnovers, many of which were unforced.

Southern: The Jaguars stick around Durham to face N.C. Central on Sunday.