McCrory adds 22 counties to state of emergency over fires 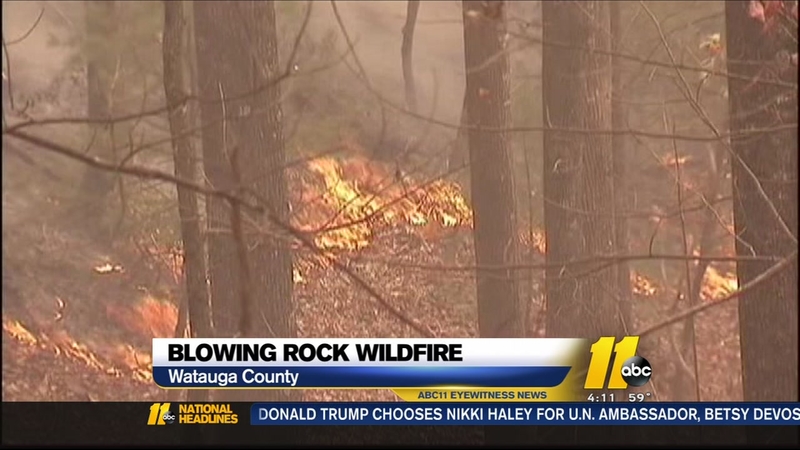 McCrory's order Wednesday extends a burning ban already in place in 25 counties covered by the original declaration. Now, 47 counties in western North Carolina are under the state of emergency.

McCrory said in a news release that 3,000 firefighters and other workers from across the country are fighting North Carolina wildfires. The blazes have burned more than 100 square miles, mostly in the mountains.

The state of emergency also makes it easier to get help to the counties affected by the fires.

Meanwhile, a wildfire in Watauga County has burned over 700 acres and continues to spread.

Local news organizations report that the Horton Fire started Monday as two separate fires along a roadside that spread into the hillsides. The fires later joined, creating one big wildfire.

The Watauga County Sheriff's Office says fire officials are investigating to determine if the fire was set deliberately, but deputies aren't ready to call it arson.

The fire has spread to residential areas and several homes have been evacuated.

Back burning operations Tuesday night slowed the progress of the fire, but officials believe the fire will burn 1,000 acres by Wednesday. The fire was 20 percent contained as of Tuesday night.

The Horton Fire is one of several large wildfires burning across the Southeast.