A woman has been arrested in connection with a brutal beating of a 92-year-old man in Willowbrook, sheriff's officials said.

WILLOWBROOK, LOS ANGELES -- A woman has been arrested in connection with a brutal beating of a 92-year-old man in Willowbrook, sheriff's officials said.

This beating happened on July 4 near the corner of 118th Street and Central Avenue. An eyewitness said the elderly man, later identified as Rodolfo Rodriguez, was walking down the sidewalk and he passed a woman. The witness said for some reason, this upset the woman and that's when it all started.

"The woman pushed him and dropped him. She took the block of concrete and hit him in his head many times," the witness said.

The witness said the woman and several men beat Rodriguez, at times using what appeared to be a brick or a piece of concrete.

The witness was able to get a picture of the woman who was walking with a little girl. In that photo, she is seen holding a piece of concrete.

That woman in the picture, identified by the Los Angeles County Sheriff's Department as 30-year-old Laquisha Jones of Los Angeles, was arrested Tuesday night.

Jones was arrested on suspicion of assault with a deadly weapon. She is being held on $200,000 bail.

The eyewitness' video recorded the aftermath of the brutal beating, showing a bloody and battered Rodriguez. He has since been released from the hospital and is now recovering at home.

Detectives said they don't have a motive behind the beating and have not found the weapon used in the attack.

A GoFundMe page, with a goal of $15,000, was created July 6 to help pay for Rodriguez's medical treatment. As of Wednesday morning, more than $255,000 had been raised. 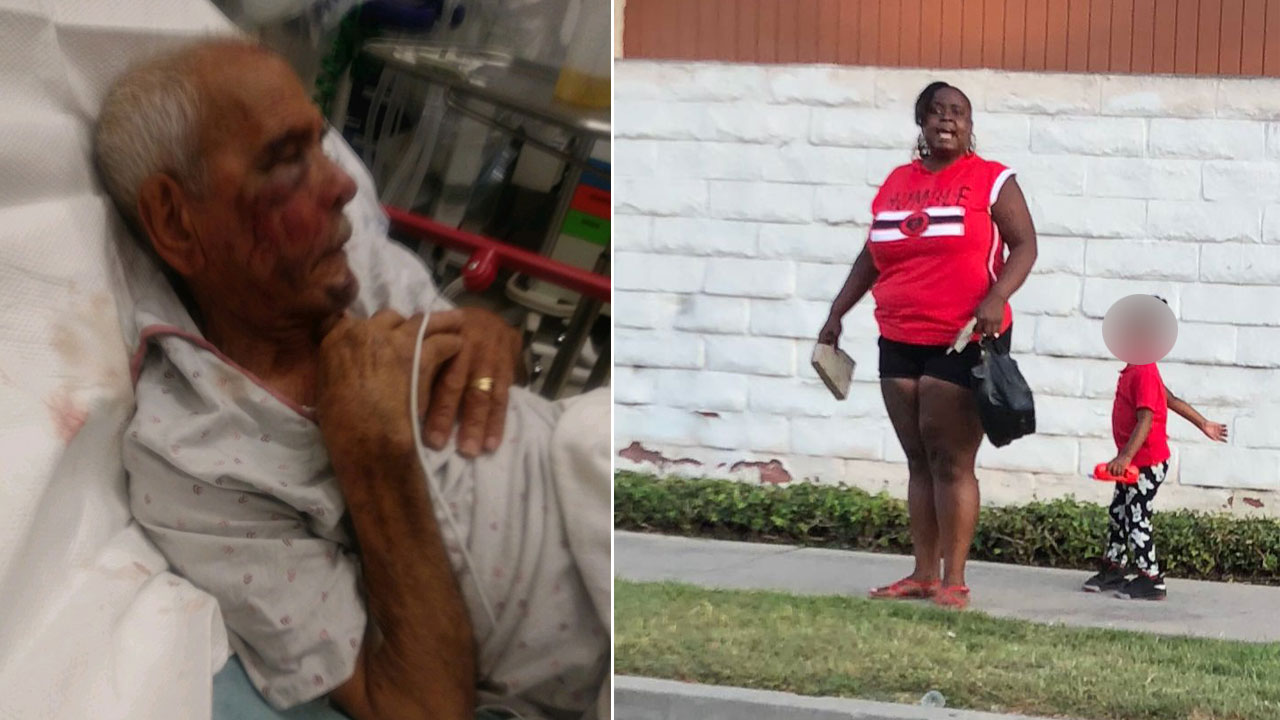