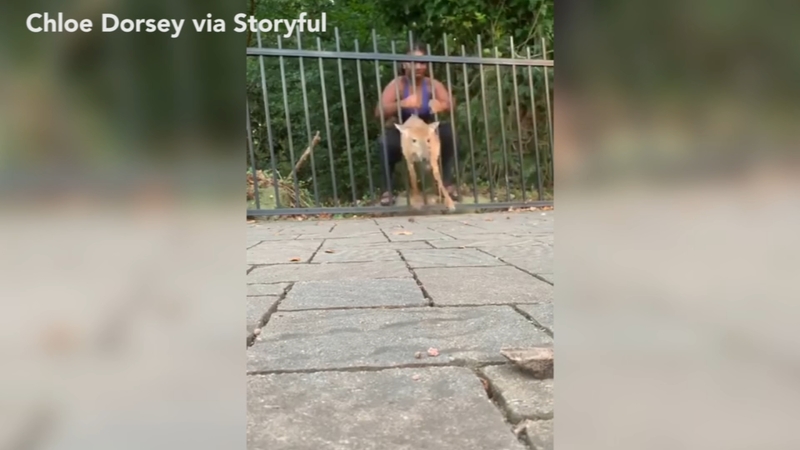 Chloe Dorsey had to rescue a young doe twice in the span of three minutes after it repeatedly wedged itself in fences in Georgia's Stone Mountain Park.

Dorsey said she came across the animal during her morning run at the park. "It was stuck between a metal fence with spikes and I knew I had to do something!" she said.

The first part of the video shows Dorsey pulling the metal bars of a fence apart to release the deer. Then, before Dorsey is even finished climbing back over the fence, she says, "It got stuck again? Oh, hell no!"

Dorsey walked toward the next fence the deer was stuck in, which was a movable barrier with thicker bars. "What is gonna happen when I'm not here?" she says in the video. Dorsey struggled to bend the bars of the second fence.

"I was not strong enough to bend it enough for it to be set free. I looked around to see if there was someone to help but there was not, " Dorsey told Storyful.