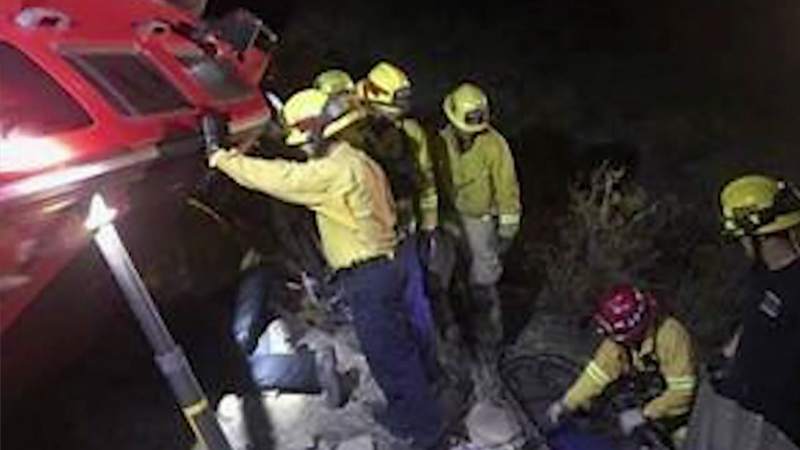 ADELANTO, California -- Fire crews rescued a woman who had been missing for almost a week when she was found Saturday evening trapped inside of an overturned SUV in California.

Authorities had been searching for Barbara McPherson, 69, since she used the OnStar feature on her red 2007 Hummer to contact 911 on Oct. 23, according to the Ridgecrest Police Department in Kern County.

Crews with the San Bernardino County Fire Department headed out to reports of a traffic crash near Torosa Road, west of Highway 395, around 6:11 p.m. Saturday. When crews arrived, they found the Hummer rolled over.

Using rescue struts and a rope system, they were able to stabilize the vehicle. McPherson was extracted within an hour. Authorities said during the rescue operation, it was discovered that she had been reported missing days earlier.