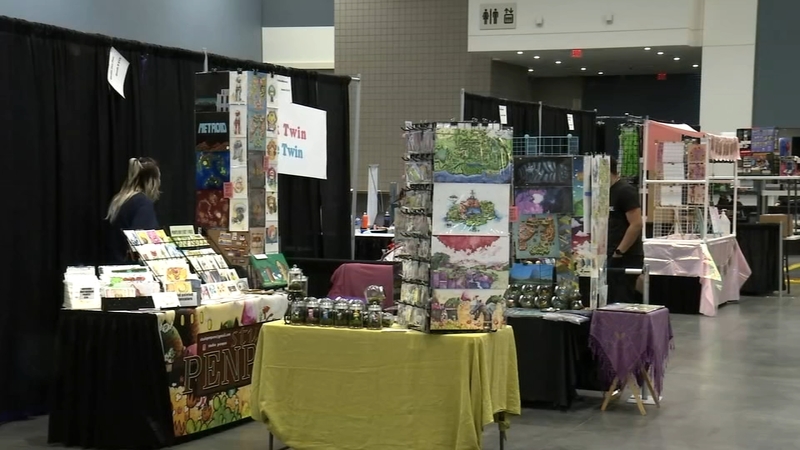 Major weekend events in Raleigh seek to bounce tourism back

RALEIGH, N.C. (WTVD) -- As COVID-19 cases decrease and temperatures rise, many are hoping the combination sticks around to drive tourism in the Oak City back to prepandemic levels.

This weekend already offering a positive sign with both the Women's NCAA Tournament and the Playthrough Gaming Convention taking place.

The gaming convention returned to the Raleigh Convention Center for the first time since the pandemic. Howell reported around 4,000 people purchased tickets for the two-day event. Despite the large turnout, it's still around 33% fewer people than the last convention held in 2019.

Events like the convention and the NCAA tournament were cited as a driving factor behind an uptick in tourism over the last year.

Visit Raleigh released its Wake County Tourism Industry Report that found an increase in lodging and restaurant sales from 2020.

The report specifically credits sporting events and tournaments along with festivals and conferences for 'reigniting' the economy in 2021.

"Everyone's eager to kind of like do business again and get people back into downtown," Howell said.

Hotel occupancy was up around 30% at the end of 2021 while taxes collected from food and beverage sales were up 36% from the year before.

These trends are noticeable this weekend.

"Consumers are coming out and they're spending more than they ever did before because they didn't have any of those things for years," Howell said.

A report from the North Carolina Restaurant and Lodging Association found into 2022 this upward trend is continuing with occupancy up 10% in the Raleigh-Durham-Chapel Hill area when compared to January 2021.

In 2014, Visit Raleigh predicted the NCAA tournament brought 17.700 visitors who generated around $4 million for the city during the weekend.

Wake County is already anticipating another 44,000 people visiting the city due to multiple events planned throughout the spring and summer.

Howell is excited about the impacts specifically Esports will have on drawing tourists to Raleigh.

"We just had some talks recently and we're very excited to bring more gaming to the area. So we really anticipate that we're gonna have an even bigger and better event next year," Howell said.